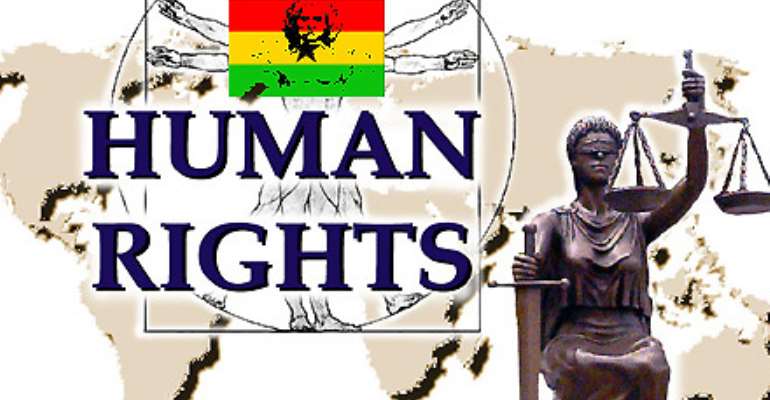 Gov't scores high marks in freedom of peaceful assembly Pictures of the torture & murder of Mobila The US government has released noxious human rights report critical on the brutal torture and murder of the late Alhaji Issah Mobila, the former Northern Regional Chairman of the convention People's Party (CPP). The report also paints grim picture of corruption in public office especially the judiciary and the police. According to the report, which mirrors Ghana's Human Rights situation in the year 2004, Mobila's death is the only case of politically motivated killing under the New Patriotic Party (NPP) administration in the year under review. “ There was one report of political killing. Security forces committed some unlawful killings of criminal suspects and innocent bystanders using excessive force”. The report stated “ during national elections in December, a regional chairman of small opposition party, the Convention People Party (CPP), who was also a branch chairman of the Ghana Private Road Transport Union, was arrested for illegal possession of illegal weapons. Although, were recovered, the police handed him over to the military, where he later died on December 9.”
Continuing, the report said, “Following the incident, the Inspector General of Police (IGP) ordered a commission to investigate the cause of death. An autopsy was conducted and revealed clear signs of physical abuse during custody. A military investigation into the same incident was also ongoing.”
The report also criticized politically motivated violence and attacks especially against the minority and opposition parties in the run up to last year's election. According to the report, “ the trials of those charged with unlawful harm during the 2003 clashes between NPP and NDC supporters in Tamale, Northern Region, have not been officially dropped from the docket but heave been 'abandoned',
“ Opposition NDC party members called for an official inquiry into the situation, alleging that security forces abused, harassed and discriminate against their party supporters during the incident, however, no judicial inquiry occurred by year's end and the government denied the allegations”, the reports stated.
However the government scores high marks in the area of freedom of peaceful assembly and association. In the year under review, “ political parties held national congresses and labour organizations held demonstrations without hindrance during the year. Unlike in the previous year, no political party rallies were postponed or cancelled at the request of the police”.
“ The government permitted peaceful demonstrations and rallies during the year. Unlike the previous year, police did not use force to disperse any demonstrations”, the report said.