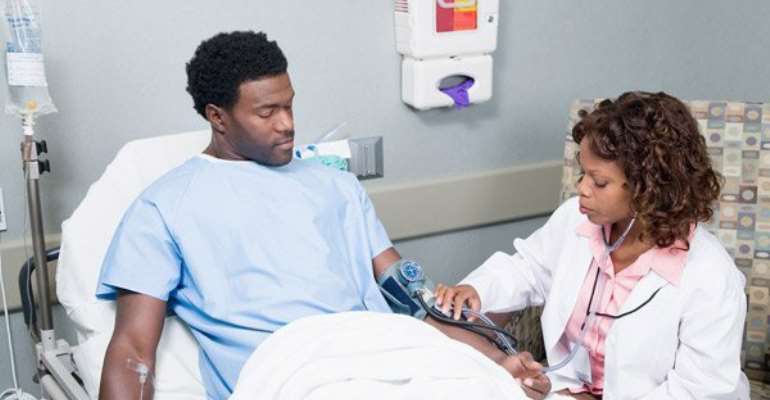 Yaa Pokua Baiden, Chairperson of the Pharmaceutical Society of Ghana (PSGH) in the Western Region, who disclosed to DAILY GUIDE in an interview, explained that typhoid fever is contracted by drinking or eating the bacteria in contaminated food or water.

This was after members of the PSGH had presented some dewormers and other drugs to some selected schools and churches in the metropolis and educated the people on the preventive measures of typhoid fever and diarrhoea.

The schoolchildren were taken through the importance of handwashing, particularly after visiting the lavatory and before eating, to help prevent them from contracting the disease.

She mentioned that people with acute illness could contaminate the surrounding water supply through watery stools which contain a high concentration of the bacteria.

“Contamination of the water supply can, in turn, taint the food supply. The bacteria can survive for weeks in water or dried sewage,” she added.

She mentioned some of the symptoms of typhoid disease as poor appetite, fatigue, headaches, generalised aches and pains fever and diarrhoea.

Madam Baiden appealed to the authorities of the Sekondi-Takoradi Metropolis to always ensure proper disposal of refuse and sewerage to help prevent the spread of diarrhoea.

“Any time parents notice that their children are giving out watery stools and vomiting, they should quickly send the kids to the hospital, because they could be symptoms of diarrhoea. Parents should not wait until their children are dehydrated before sending them to the health facilities,” she stressed.

She also appealed to parents deworm their kids from time to time since worms could retard the growth of their children.