Petrosol Launches Campaign To Ensure Accuracy At The Pumps 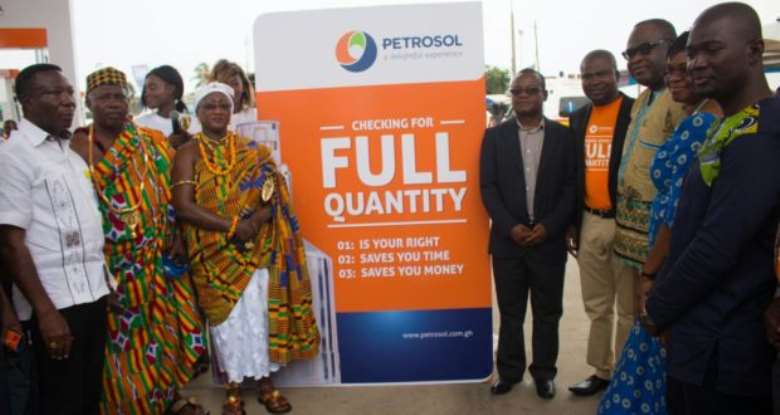 As part of efforts aimed at providing the right quantity of fuel to its consumers, Oil Marketing Company, Petrosol has launched the 'Full Quantity Campaign' in Accra.

The move is also intended to complement the work of the Ghana Standard Authority (GSA) and National Petroleum Authority (NPA) by creating awareness of the availability of the 10-liter Measuring Can at various fuel stations to ensure accuracy at the pump.

Speaking to Citi Business News, the Chief Executive Officer of Petrosol, Mr. Michael Bozumbil stated that even though price of fuel has gone up under the Deregulation Policy, a research conducted by the company showed that consumers are more concerned about the right quantity they pay for.

“Of all the issues raised, what became their top-most concern was the fact that they want to always receive accurate quantity of fuel they purchase,” he said

Working with the recommendation of the research, Mr. Bozumbil stated that steps were taken to assure Petrosol consumers that they will receive the right quantity they purchase.

“As a result of this commitment to meeting the needs of consumers, we commissioned a nationwide research about a year ago to find out from consumers of petroleum products what have been their key concerns,” he said.

He stated that Petrosol has completed all works to roll out the exercise as part of its corporate responsibility to educate the public.

“In the next three months, we will be educating consumers and the general public on the processes and procedures for checking and verifying accurate pump delivery quantities,” he said.

He stated that the exercise will complement the work of the GSA and NPA by alerting consumers of the availability of the 10-litre Measuring Can, locally called Ntease Kruwaa.