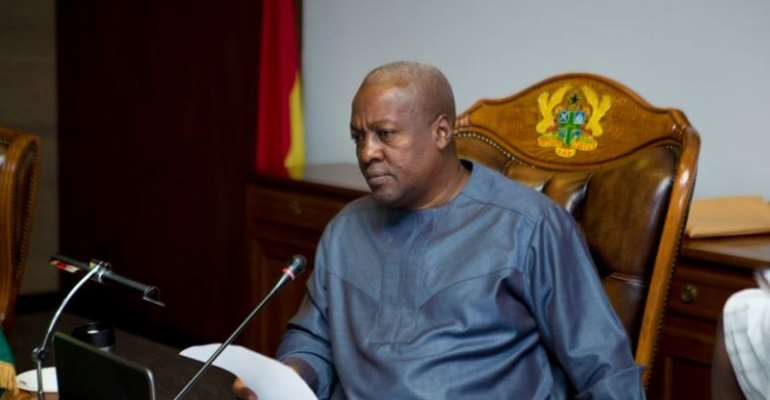 President John Mahama has ordered a stop to the terminal handling charges at Ghana's ports.

According to him, the charges have no legal basis and must be stopped with immediate effect.

The president gave the order during the celebration of the 1st anniversary of the national single window.

His order follows countless directives by Transport Minister Fifi Kwetey for all shipping lines in the country to stop these charges.

However, the companies appear to be flouting the Minister's directives.

The president, having received countless complaints from the Association of Ghana Industries, said the time has come for all unapproved charges at the ports to be stopped.

“There has been concern about the numerous fees and levies charged at our ports of entry. I am advised there is no legal basis, absolutely no legal basis for the terminal handling charges that are currently being leveled.

“And the Minister of Transport has written expressly to stop this charge. This must be implemented immediately,” the president ordered.

Withholding salaries of workers without Ghana Card illegal –...
8 minutes ago