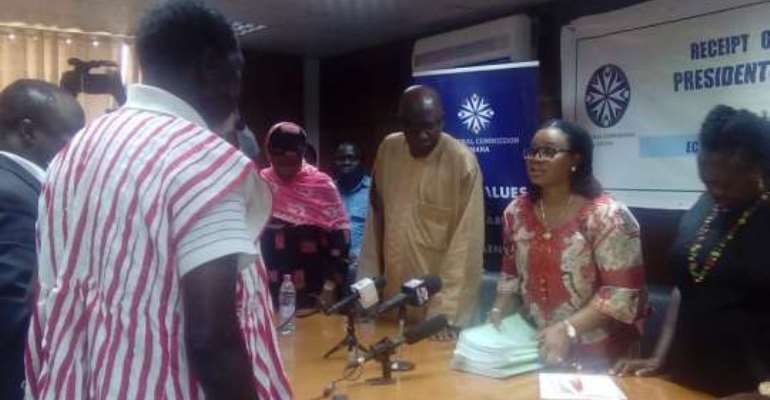 Dr Nduom's nomination papers were filed on his behalf by the National Chairman of the PPP, Dr Nii Allotey Brew-Hammond.

The Chairperson of the EC, Mrs Charlotte Osei, however, accepted the bankers draft for the filing fee; questioning why the PPP had filed an injunction at the high court, and yet decided to make the payment.

Dr Nii Brew-Hammond in an interaction with the media explained that, the party was in court to uphold and defend the constitution.

He said it is a constitutional requirement that any increment in the filing fees be made by the EC through a legislative instrument.

Dr Nii Brew-Hammond explained that the PPP was a law abiding party and would like to comply with the requirements of the EC while it waited for the court's ruling.

This brings to 12 the number of presidential candidates who have filed nominations with the EC to contest the December 7 election.