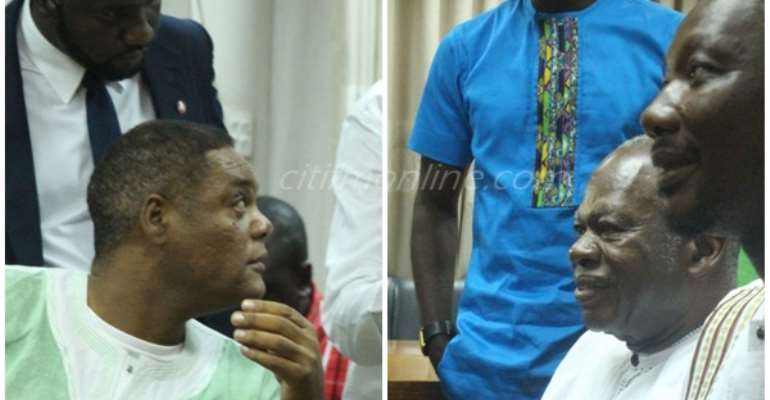 Two Nkrumahist parties, the Convention People’s Party (CPP), and the People's National Convention (PNC), have presented to the Electoral Commission (EC) the completed forms of their respective presidential nominees.

This brings to 15 the total number of political parties and independent candidates who are likely to find their names on the ballot box on December 7, 2016.

The CPP and the PNC, were both led by the respective flagbearers.

Edward Mahama, flagbearer of the PNC, also presented his forms in the company of his party chairman, Bernard Mornah.

However, photographs of Mr. Mahama were missing in the filing forms. He was  thus charged by the EC to furnish the commission with it before close of day.

Police smoke out Shatta Wale, handcuff him for faking gun at...
45 minutes ago