Mahama did not tell the truth to CHRAJ - Minority leader 'scandalised' 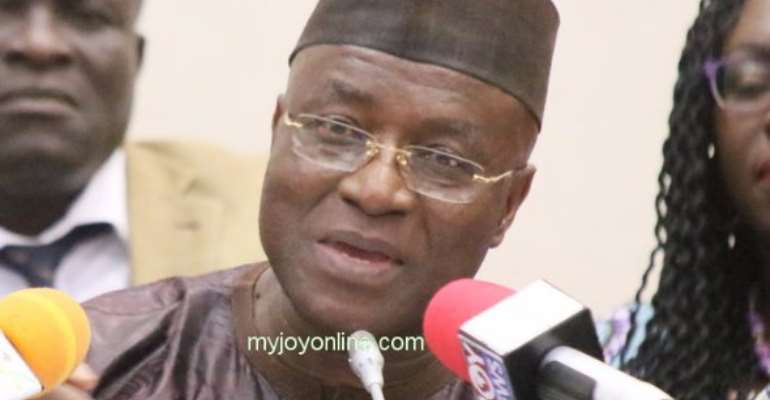 Minority Leader Osei-Kyei Mensah Bonsu says he is scandalised that the Commission for Human Rights and Administrative Justice (CHRAJ) report failed to establish conflict of interest allegations against the president in the controversial gift saga.

He believes CHRAJ just took President John Mahama's response to the allegations, hook, line and sinker and reproduced a conclusion based on the president's version of events.

Photo: President Mahama getting down from his official car at a state function

The acceptance begged the question of conflict of interest with questions being asked whether the president breached his own code of conduct which prescribes that no member of the executive is allowed to accept a gift worth more than $200.

The Youth League of Convention People's Party (CPP) rode on the back of the issue and petitioned CHRAJ to investigate the issue on June 21. This was followed by two other petitions from the Progressive People's Party (PPP) and a private individual Nana Ofori Addo on June 23.

A 78-pag report released by CHRAJ Thursday concluded that although the president breached his gift policy when he took the gift, it did not constitute a conflict of interest or bribery as some alleged.

A happy President vs a scandalised opposition leader

The president lawyer, Tony Lithur, has welcomed the report exonerating the president , but the Mr Mensah Bonsu is devastated by the 'scandalous' and 'weird' conclusions.

"We are being told that it was not a bribe because the gift was not solicited by the president. Are we to accept that a bribe is a bribe only when it is solicited, I mean these are wierd conclusions?" the Suame MP said on the Joy FM Super Morning Show Friday.

He said if CHRAJ has been able to establish that the president violated his code of conduct then clearing him of conflict of interest is an attempt to "whitewash" the president.

He said the president's explanation that he donated the prohibited gift to the state is not an option open to him because his own code of conduct prescribes the avenues to follow, he explained.

The Minority leader who had wanted parliament to investigate the matter, suggests that CHRAJ did not insist on a "full, truthful and frank disclosure" by actors cited in the Joy News investigations.

According to him, if the Commission was minded to do a thorough job it would have exposed the fact that the president did not tell the truth in his responses to the allegations.

Referring to the report, Osei-Kyei Mensah Bonsu said the president claimed that although the Ford Expedition vehicle came into the country in October 2012, he did not see the vehicle until December 2012.

This was because he was busy on the campaign trail and never came to Accra until December, he retold the story.

"Is that the truth? That certainly is not the truth because whenever the president went on the campaign trail, a week [later] he will come and touch base in Accra and then go up again.

"It cannot be true that the president did not come to Accra to observe it and that he had to wait until December," he said.

The Minority leader expressed suprise that CHRAJ could not conduct 'rudimentary' checks on the circumstances surrounding the contract award to Djibril Kanazoe who bidded with two other companies.

According to the Suame MP, a more diligent check would establish if the two other compaines were a legal tax-paying entity and not a fictious set-up.

If the companies were phony then it would show that there may have been a deliberate attempt to give Mahama's friend the contract, the NPP leader in parliament suggested.

"I am not satisfied at all", he said and indicated that the failure of CHRAJ to do an exhaustive job justifies the Minority's request for a parliamentary probe.

The probe was controversially turned down.

"CHRAJ did not look at the broader picture so any conclusions assuming that they did a thorough job, which I am submitting was not the case could not still [do a better job than parliament]," he said.

He stressed the point that the matter of improriety against the president is not personal. It is about defending the dignity and integrity of the office of the president, he noted.