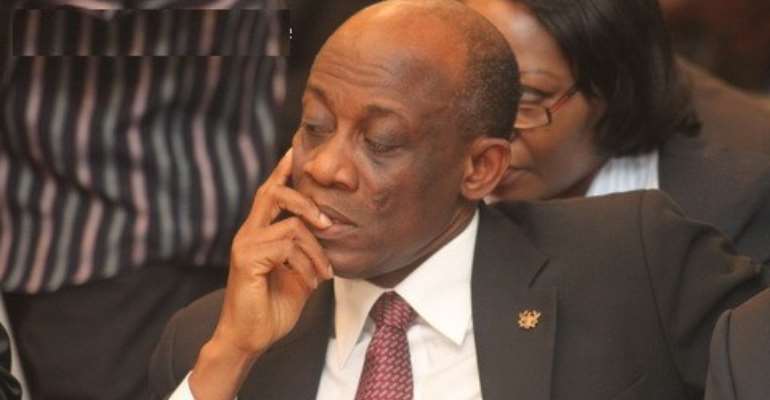 Provisional figures from the Ghana Statistical Service released, last week, explained that, this was due mainly to a temporary halt in oil production.

"The economy is growing but not at the same rate as in the first quarter, when it was 4.8 percent," government statistician Philomena Nyarko told a news conference, adding that revised 2015 second quarter GDP stood at 3.8 percent.

The slowdown in the second quarter was mainly due to a halt in oil production caused by a technical fault at Ghana's main production vessel, or FPSO, Nyarko said.

“We saw a 49 percent decline in oil and gas and that affected the overall decline,” Dr. Nyarko, told a press conference. “The mining and quarrying sub-sector also saw a growth rate of -29 percent. So we think this accounted for the decline in the overall GDP growth.”

Agriculture was the only sector of the economy that recorded an upward growth of 4.1 percent from the 3.5 percent recorded in the first quarter.

The services sector recorded a 6 percent growth, down from the 7.1 percent recorded in the first quarter. Industry experienced a sharp dip of -5 percent from 1.4 percent in quarter one of 2016.

The situation makes doubtful the 2016 GDP target of 3.9 percent, although the Statistical Service is hopeful a return to normal oil production could make it possible.

Economics Professor, Peter Quartey, argues that if steps are not taken to diversify the economy, the uncertainties in the petroleum sector could prove inimical.

This is in spite of the fact that a recent study by the Institute of Statistical, Social and Economic Research (ISSER), has revealed that non-oil contribution to GDP outpaced that of oil for the first time.

“There is the need for us to diversify our economy in the sense that non-oil GDP has grown higher than oil GDP. What it is telling us is that, given the slowdown in oil prices, over reliance on oil should be reconsidered. We need to diversify our economy so we don’t enter into economic recession like Nigeria is currently facing,” Prof. Quartey said on Citi FM.

His view is supported by the GSS release which shows no significant differences in the value of oil and non-oil component of the GDP.

The monetary value of oil GDP estimate at constant prices for the second quarter of 2016 was GH¢8.2 billion compared to GH¢7.9 billion recorded for non-oil GDP, a difference of just over GH¢270 million.