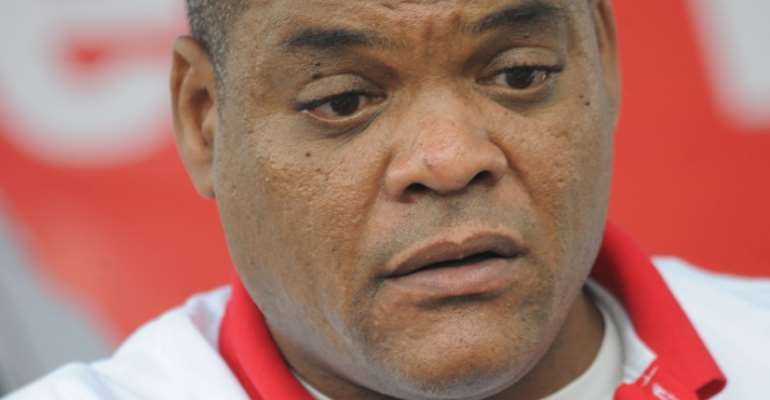 The suspended National Youth Organizer of the Convention People’s Party (CPP) Ernesto Yeboah has shot down the chances of the party’s flagbearer Kobina Ivor Greenstreet, describing him as a man who condones corruption and does not fit to lead the country. According to livid suspended Youth Organizer, it is becoming increasingly impossible to market Kobina Ivor Greenstreet to the electorates and “I have no doubt that he is rejected already”

The youth commander of the oldest existing political party while reacting to the CHRAJ report on President John Dramani Mahama’s Ford gift saga on Onua fm morning show ‘Ye sempa’, maintained that he was still not enthused about the response of his party flagbearer when the issue emerged. Saying “how can someone who is campaigning to become leader of this country, will not know that this Ford Saga is a clear case of breach of the gift law, can that person be taken seriously, how can that person said he is not corrupt”

It will be recalled that the flagbearer of the CPP Kobina Ivor Greenstreet whiles commenting on what has become known as ‘Mahama Ford Gift Saga’ noted that there should be a proper investigation into the controversy surrounding the car gift saga before one could conclude that it was a bribe. According to him, it will be wrong for any individual to join persons accusing the President of being corrupt if they lack evidence.

Ernesto Yeboah still insisted that some of the current leaders of the CPP including the flag bearer are working in the interest of the NPP and NDC instead of the CPP. “I did not join the CPP to do the bidding of NPP or NDC, those who go on Peace fm Kokookro, I mean what do they go and say, do they ‘kokookro’ for the CPP, no, their self interest”

Answer: Ernesto Yeboah: what is his response on the Ford gift sag?

Answer: Ernesto Yeboah: what is his response on the Ford gift sag, our leader’s attitude of fighting corruption is not encouraging and there is no way am going to recommend and vote for a corrupt flagbearer to lead us.

‘We need an honest flagbearer but CPP doesn’t have. He is not marketable, we are not looking good, he is not being recognized on the ground, I am resolute that it is only incorruptible flagbearer that can change the present CPP ” the suspended youth organizer lamented.