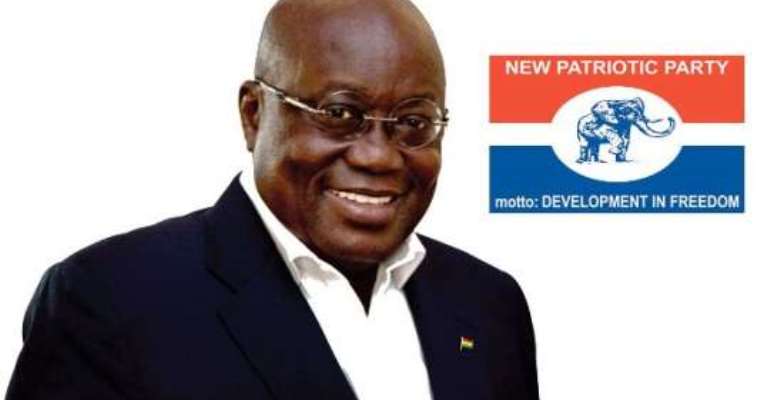 Accra, Sept. 29, GNA - Nana Addo Dankwa Akufo-Addo, flag bearer of the New Patriotic Party (NPP), says he would be declared winner of the December 7 presidential poll for being the first to submit his nomination forms to the Electoral Commission (EC).

Nana Akufo-Addo said this at the Electoral Commission, when he submitted his forms on Thursday to Mrs Charlotte Osei, the Chairman of the Commission.

Clad in a 'Batakari' made in his party colours and flanked by his supporters, the leader of the NPP told Mrs Osei that, "Since I am the first to file my forms, by God's Grace I will be the first person you'll declare winner.'

Though Nana Akufo-Addo's form was received by the Commission, it, however, refused to accept the GH¢50,000.00 banker's draft that his team attached to the form because the Progressive People's Party (PPP) had sued the EC over the filing fee.

Others who submitted their nomination forms on Thursday included President John Dramani Mahama on the ticket of the National Democratic Congress (NDC), Nana Agyemang Boateng of the United Front Party and Mr Kofi Akpaloo of the Independent People's Party.