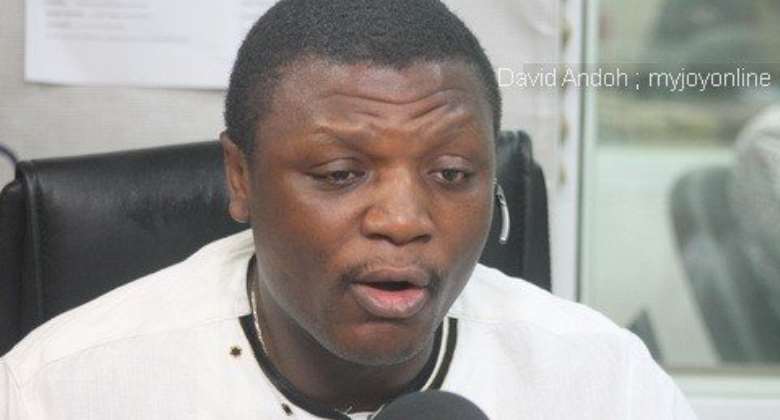 The 2016 Campaign Coordinator of the governing National Democratic Congress (NDC) says he was not surprised the Commission on Human Rights and Administrative Justice (CHRAJ) has exonerated the President on the Ford gift saga.

Kofi Adams says the NDC made it clear from the day the matter became public that President John Mahama was incorruptible and no amount of gift could compromise him adding CHRAJ’s report validates their position.

“This report is nothing new but has only supported our position. President Mahama will not take a bribe and will continue not to take a bribe,” he told Dzifa Bampoh host of Joy FM’s Top Story programme Thursday.

At the end of its four months investigation into a Ford Expedition vehicle gifted the president by a Burkinabe contractor Djibril Oumarou Kanazoe, CHRAJ says the evidence it was provided with was scanty to pin President Mahama for possible conflict of interest situation.

CHRAJ was petitioned after an investigation conducted by Joy News’ Manasseh Awuni Azure after the contractor has executed two government contracts. He was due for a third contract when news about the Ford gift gained currency forcing him to pull out of the contract.

He constructed the Ghana Embassy wall in Burkina Faso at the cost of $650,000 and the Dodo-Pepeso section of the Eastern Corridor Road project.

The Commission which received petitions from the Youth League of the Convention People’s Party (CPP), the Progressive People’s Party (PPP) and a private individual Nana Ofori Addo, said although there was breached in gift policy, it does not amount to a conflict of interest.

A portion of the 78-page report released Thursday reads:

“At the end of the Preliminary Investigation, the Commission has come to the conclusion, based on the extensive evidence assembled, that the allegations that the Respondent [President Mahama] has contravened Article 284 of the 1992 Constitution by putting himself in situations of conflict of interest has not been substantiated.”

CHRAJ recommended a legislation that defines in “detail the situations that constitute a conflict of interest and which serve as the legal framework within which the CHRAJ can determine complaints made against a public officer for breaches of the Code.”

The Commission argued the “absence of enabling legislation setting out the parameters of conflict of interest makes Article 284 considerably vague in terms of definition, procedure and sanctions.”

Although two of the petitioners namely the CPP Youth League and PPP are unimpressed with CHRAJ’s work, the NDC has lauded it.

Mr Adams said he was pleased “finality has been brought to this matter,” urging individuals who thought the President was wrong in taking the gift to have a change of mind.

“Those who claim he has received bribe [should know that] we have a leader whose determination of focus is to transform lives,” he said.

But Policy Advisor for the PPP, Kofi Asamoah Siaw said the Commission’s report did not completely exonerate the President as some members of the NDC want Ghanaians to believe.