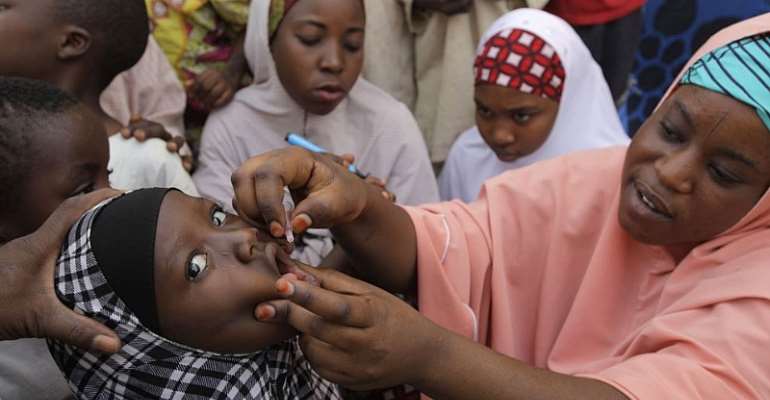 Nigeria has been reclassified a polio-endemic country. This comes after the World Health Organization confirmed three cases of the wild polio-virus in the northeastern state of Borno in August of this year.

The West African country joins countries like Afghanistan and Pakistan as polio-endemic countries.

The three cases are the first to be detected in the country since July 2014.

Rotary has since provided $500,000 to immediately deal with the outbreak.

An emergency response plan has already been put into action in coordination with some stakeholders.

According to Michael McGovern, Chairman of the International PolioPlus Committee, “large-scale vaccination campaigns are ongoing across five countries in the Lake Chad basin to counter the outbreak. Despite these new cases, there has been significant progress toward ending polio in Nigeria, the rest of the African continent and globally in recent years.”

Nigeria alone accounted for more than half of the world's polio burden in 2012 but succeeded in reversing the trend through strengthening surveillance, especially in insecure areas.

“We have proven strategies to stop new outbreaks quickly, even in insecure regions or areas made vulnerable by conflict, such as South Sudan and Syria,” Michael McGovern said in a statement issued on Thursday [September 29].

“These strategies will also overcome the outbreak in Nigeria. Rotary is committed to the eradication of polio, and we will continue to support our members, particularly those in Nigeria-who have worked so hard to help the country end polio. With your help, we can ensure that there is no remaining home for the virus,” he added.