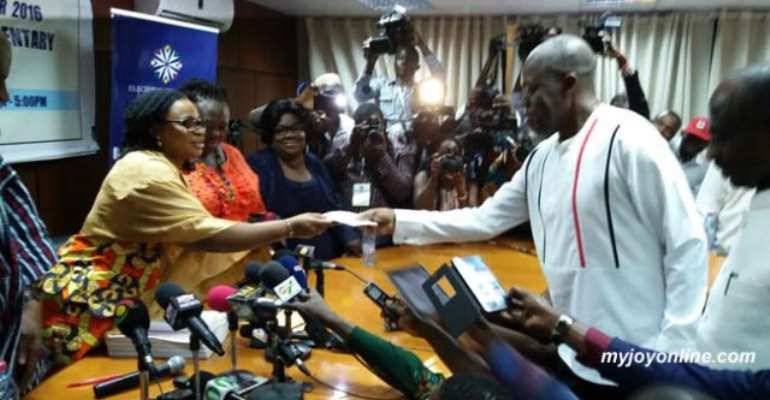 President John Mahama has filed his nomination forms to contest the 2016 election, another step that officially re-ignites another fierce contest with the main opposition candidate, Akufo-Addo.

It was received by the Electoral Commission Chairperson Charlotte Osei at about 3pm Thursday afternoon.

The President only returned from UN General Assembly meeting in the United States Thursday morning.