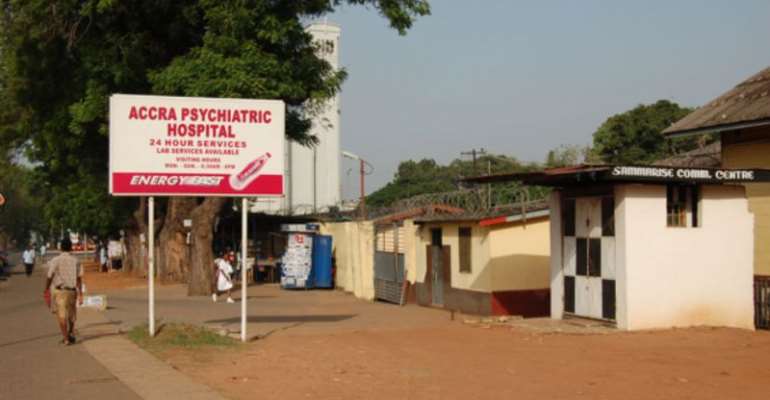 The dire situation of the Accra Psychiatric Hospital has deteriorated to the point where the facility does not even have access to basic items such as A-4 sheets to take down minor but critical information.

A member of the Hospital's Public Relations Unit, Edwina Ankomah, lamented on Eyewitness News that, the hospital is in dire need of basic things like “gloves, disinfectants, and stationary  like paper.”

“Just a plain sheet – because someone will walk in and would want a medical report for school or something and we don't have even an A-4 sheet,” she added.

“The little we have, we have to have able to take care of those on the ward,” Mrs Ankomah said, hence the hospital management's decision.

She narrated that, the situation “got worse in July when our suppliers decided not to supply us with anything that we needed to run the hospital. That is when it got bad.”

The hospital management is currently in talks with the ministry of health to try and solve the current situation.

As at now, the money that comes to the hospital, like a recent amount of GHc 521,000, is used to settle debts.

But since July, Mrs Ankomah revealed that, the hospital has been living off donations, but “how long can we survive on donations,” she asked?

With elections around the corner, the National Democratic Congress administration has made some pledges to mental healthcare, despite the apparent neglect of existing ones.

The NDC, in it’s 2016 manifesto, promised to build two more psychiatric hospitals if voted into office.

The Accra Psychiatric Hospital is not the only one under-resourced, as managers of the Pantang Hospital have similar concerns.