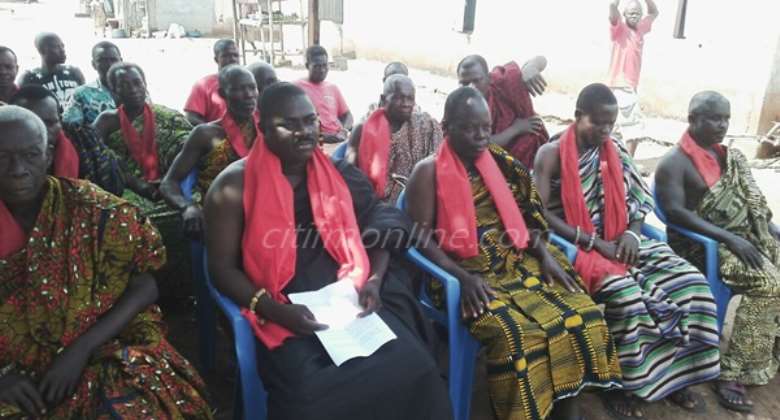 The Member of Parliament for the Ho Constituency in the Volta Region, Benjamin Kodo, says contractors are on site to reconstruct roads in some communities in the Ho municipality that have gone bad.

Some chiefs in the area have accused government of  refusing to reconstruct the roads which have been in deplorable state for a long time.

The Chiefs and elders of Kpenoe, Takla and Hodzo, on Tuesday  threatened to barricade the roads to their communities for three months in protest of government's failure to fix the roads.

Political activities in the area, according to the chiefs, would be banned during that period, until work on the roads is completed.

Addressing the media at a press conference in Kpenoe, the Paramount Chief of Kpenoe, Togbui Kotoku XI, said they were compelled to resort to this action following several failed petitions to government to help construct the roads.

But Member of Parliament for the Ho constituency, Benjamin Kodo, told Bernard Avle on the Citi Breakfast Show that construction is underway.

“They are giving ultimatum to the contractor to come in two weeks, but the man is already there. There are two roads in the area and these roads have been programmed for work to be done on them,” he said.

He added that, the project was awarded on contract to be completed in 18-months.

The Member of Parliament however expressed surprise that the Chiefs had issued an ultimatum saying he had recently met and explained to them that reconstruction of the roads will commence soon.

Checks by Citi News on Wednesday revealed that bulldozers and other heavy equipment were being fixed at the site.