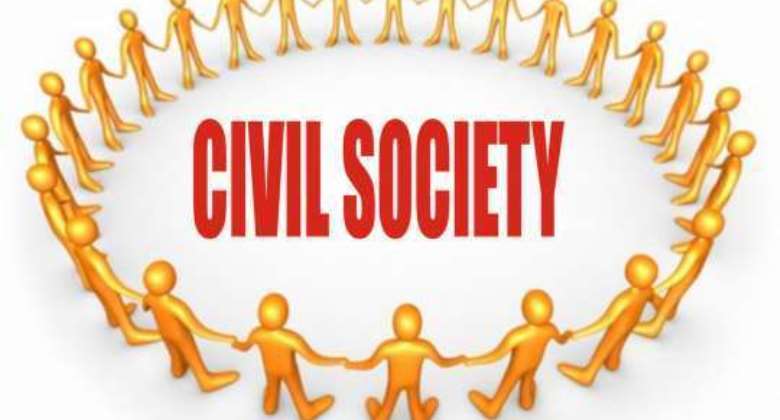 Accra, Sept. 28, GNA - Some health sector Civil Society Organisations (CSOs) have reached an agreement with the National Development Planning Commission (NDPC) for the inclusion of the Tobacco Control Measures of the Public Health Act in the 40-year development agenda.

They called on government to revisit the commitments it made as a party to the World Health Organisation's - Framework Convention on Tobacco Control (WHO-FCTC), to include the Ministry of Finance, Customs and other bodies responsible for taxation in partnership with the Ministry of Health to strengthen any gap in the tobacco control legislation.

They said there is the need for government to work in tandem with the local/regional offices of the WHO in undertaking assessments on legislation.

The CSOs who are committed to reducing tobacco addiction and its related diseases and death endorsed the memorandum at a meeting with the members of the NDPC.

They expressed gratitude to the NDPC for making the health of Ghanaians an integral part of the Medium Term Development Plan, and establishing reforms that shall operationalize the recently adopted Sustainable Development Goals (SDGs).

Mr Kenneth Owusu, the Senior Policy Analyst and Technical Assistant to the Director General of the NDPC, said the whole concept of the 40-year development plan began with a national launch, followed by national consultation through various regions.

He said targeted groups included were chiefs and other stakeholders in the society.

Mr Labram Musah, the Programmes Director, said the current SDGs have recognised tobacco control as a key measure to reducing non-communicable diseases and also as a revenue stream for the implementation of the goals.

He mentioned some areas of the SDGs as goal 3(a) and goal 3(4) which give credence to tobacco control and as CSOs they deemed it very necessary to ensure that the 40-year development plan prioritized the fight against tobacco use for the next 40 years.

He said Ghana has passed the Tobacco Control Measures of the Public Health and tobacco control has been listed in some development documents.

Mr Nortey Dua, a Clinical Psychologist, said: 'We have made progress as nation because we have a national law on tobacco control and have also finished with our Legislative Instrument which is yet to be adopted by Parliament.'

Mr Issah Ali, the Executive Director of VALD, said there is a link between tobacco and poverty because the use of the product affects the incomes of households as the money used could be used to provide education, shelter and food among others.

He said Ghana needed to follow countries that have pursued the United Nations Development Assist Framework, adding that; 'we must not always look at the financial benefits but also the technical and scientific benefits which Ghana seeks to get from development partners.'

Mr Ali said a World Bank report of 1999: 'Curbing the Epidemic of Tobacco Control,' revealed that tobacco was not a good economy for countries to pursue or consider.

Mr Adjei Fosu Kwaku, the Deputy Director of the NDPC, said the concerns raised have been captured in the Medium-term National Development Policy Framework of the Ghana Shared Growth and Development Agenda (GSGDA) 11, 2014-2017.

They were 'to accelerate the implementation of the national plan on smoking and tobacco use and to implement international conventions and treaties including Framework Convention on Tobacco Control.'

Mr Kwaku said NDPC has recognised tobacco control in its document, but the challenge now is how to implement it, saying 'we are very much aware of the dangers associated with tobacco use and smoke but less attention have been given to it.

'In a country like Ghana everything developmental is a priority and it will take a strong CSOs to pursue vigorous advocacy that can help in the allocation of resources to specific areas of development,' he said.

He said NDPC develops the framework and evaluates its implementation, but that the real action is taken by the main implementing agencies and that the Commission would consider the proposal brought forth by the CSOs while recommending that the NGOs should engage the Ministry of Health frequently as they move forward in their advocacy.

The memorandum was supported by the Norwegian Cancer Society (NCS) and Framework Convention Alliance (FCA).