We have confidence in our nominee - CPP 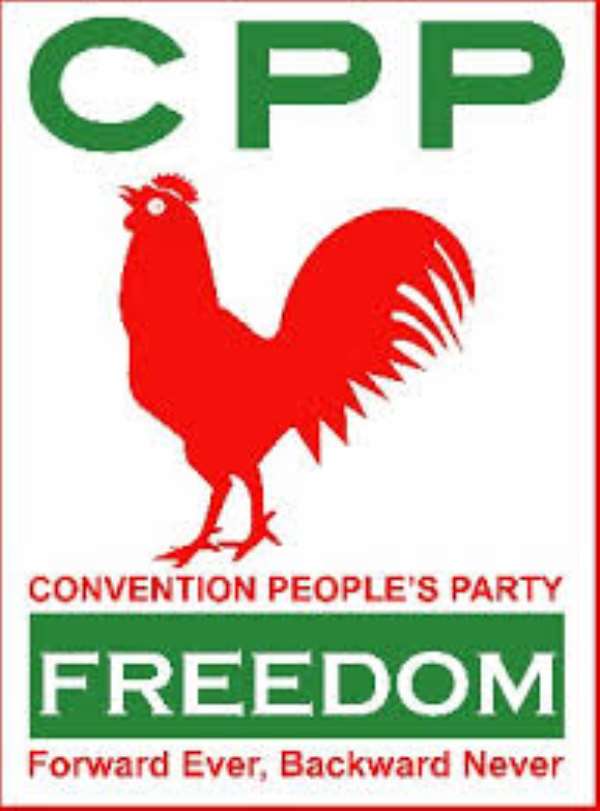 Tamale, Sept. 28, GNA - Northern Regional Secretariat of the Convention People's Party (CPP) has expressed confidence in its Parliamentary Nominee for the Sagnarigu Constituency dispelling allegations that she was not qualified to stand on the ticket of the party.

Mr Nayi Adam Alhassan, Northern Regional Education Secretary of CPP, who addressed a press conference in Tamale, said the CPP's Parliamentary Nominee for the Sagnarigu Constituency, Madam Issah Zelia, was qualified under the constitution of the party to contest the elections.

Mr Alhassan Suhuyini, the CPP's 2012 Parliamentary Candidate for the Sagnarigu Constituency, had earlier alleged that Madam Zelia was not a card bearing member of the CPP adding some executives of CPP had connived with other members of society to impose her (Madam Zelia) on the party as its nominee for the 2016 elections.

Mr Adam Alhassan said 'on the issue of Madam Zelia being a card bearing member of the National Democratic Congress is of no consequential value to us, the least said about it the better.'

He said 'what should matter is whether Madam Zelia is a card bearing member of the CPP and if the membership card she presented to us is genuine and authentic.'

He said there was no tension in CPP at the Sagnarigu Constituency urging party members to remain calm and support the nominee. GNA