Autism is not caused by witchcraft - Prophet Agyemang-Prempeh 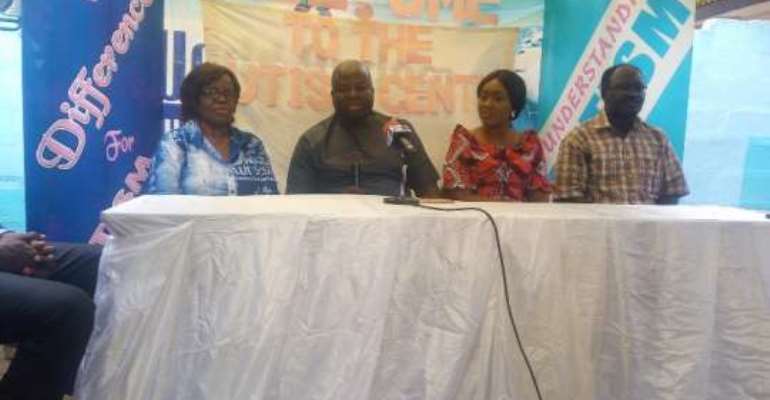 By Edna A. Quansah, GNA
Accra, Sept. 28, GNA - The Founder of Springs of Joy Ministries Prophet Dr Akwasi Agyemang-Prempeh, has debunked beliefs that persons with autism is as a result of witchcraft.

Autism is a mental condition, present from early childhood, which is characterised by great difficulty in communicating and forming relationships with other people and in using language and abstract concepts.

Prophet Agyemang Prempeh said this when his Ministry presented a cash of GHâ‚µ 5,000 to the Autism Awareness Centre at Kokomlemle, Accra, as part of his Ministry's social responsibility to help the underprivileged in the society.

Speaking at the event, he said: 'Autism is not caused by witchcraft and that anybody can go through it. We shouldn't accuse old people for causing it.''

He called for attention towards people living with the ailment and urged parents to show love to children who are affected.

''We need to give serious attention to autism. Parents should not abandon children in that state because they are not harmful but we should get in touch with them to help them."

Prophet Agyemang- Prempeh asked other churches to support the Autism Awareness Centre in its operations.

''I believe that the churches are doing well but the autism awareness centre is one of the places that we need to look at. They have various needs… and we believe that everybody must come on board to render every little support to push the vision of the centre,'' he stressed.

The Founder and Director of the Autism Awareness Centre Mrs Sarah Quaynor expressed gratitude to the Church for the generosity.

She said the Centre would continue the mission of autism in the country.

Mrs Quaynor stated that, the centre is facing financial challenges and needs GHâ‚µ 600 a month to take care of the children.

''We need support. We need children to have scholarships and we ask for more people to come on board to take care of these children. Because if we don't, it becomes a national issue, so let's help them,'' she said.

Meanwhile, Springs of Joy Ministries would hold a five-day convention from September 28- October 2 at the Ohemaa Plaza, East Legon, Accra with Rev Eastwood Anaba as the guest speaker.