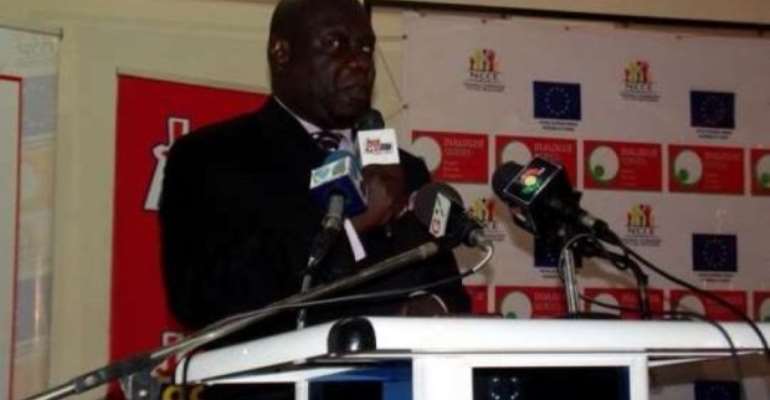 The opposition New Patriotic Party (NPP), has asked the incumbent Member of Parliament for the Kwesimintim constituency, Joe Baidoe -Ansah to throw his weight behind the party’s newly elected parliamentary nominee.

Mr. Baidoe- Ansah on Tuesday lost his bid to represent the party in the 2016 polls to Mr. Joseph Mensah, a civil servant.

In a Citi News interview, the NPP Secretary in the Western Region,Charles Bissue, emphasized the need for Mr. Baidoe- Ansah to partner Mr. Joseph Mensah to retain the seat for the party.

“He's been an MP for a very long time so he's got experience.   He will bring his experience to bare and I know that will help us retain the seat on behalf of the region. We are appealing to him to lay bare his experience for the betterment of Kwesimintim and the Western Region”

“It was not a case of Baidoe-Ansah being defeated. It is a reshuffle because he is still in the party and will be doing other things for the party,” he added.

Meanwhile the National Democratic Congress (NDC) parliamentary nominee for the Kwesimintim constituency,Augustine Arthur, says he is unfazed about the election of Joseph Mensah by the NPP, as he remains confident of snatching the seat from the party.

“I am not scared about anything. I see that it is an open race and anyone can easily win it. The good works I have put in place will give me an opportunity of snatching the seat from NPP. In the past, you could see that NPP has taken the seat for four consecutive times. Personalities involved have changed this time. Formerly, it was Baidoe-Ansah all the time; but now its Joe Mensah and so I don't see any problem for me,” he said.