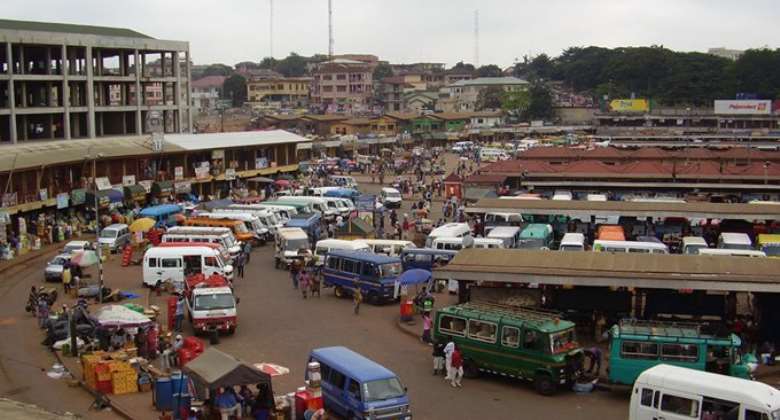 A political crisis in the Ashanti Region has brought the administration of the Kumasi Metropolitan Assembly (KMA) to a virtual halt, Joy News has learned.

Growing heaps of rubbish has come to symbolize the absence of a Metropolitan Chief Executive (MCE) and a presiding member to take charge of the running of the second largest city in the country.

The Kumasi Mayor Kojo Bonsu was forced to resign in July after his relationship with the traditional rulers deteriorated.

Photo: Kojo Bonsu
During a meeting at the Manhyia Palace last Monday, July 11, 2016, the chiefs slaughtered a ram as a form of ritual to sever ties with the Mayor if he remains in office.

In his absence, a presiding member of the KMA would have been expected to act. But there is no presiding member for the KMA, a position akin to the Speaker of the national parliament who oversees to the legislation and running of Assembly.

For more than five months and after at least eight rounds of voting yesterday, the KMA reached another deadlock.

It is all down to a partisan gridlock as pro-NPP Assembly members and pro-government appointees scheme to install their favourite who must obtain two-thirds of the total votes.

In the latest round of voting Tuesday, Michael Adusei Bonsu, backed by the government appointees in the Assembly, polled 65 votes.

He beat Abraham Boadi, sponsored by the pro-NPP Assembly members, who got 59 votes. A third candidate Poku Obeng got 2 votes.

But Abraham still failed to meet the Article 242 requirement of a two-thirds majority to be elected.

The election was so acrimonious a fighting broke out.

Photo: Scene at the election of a KMA presiding member

Chairs were violently broken and heavy slaps landed on political opponents as the last two meetings to vote turned violent.

While the struggle goes on indoors, evidence of a leaderless metropolitan Assembly is becoming obvious, Luv Fm’s Erastus Asare Donkor has reported.

A breakdown of law and order can be seen as drivers park haphazardly in the city and traders sell at any convenient point in the streets, he said.

Erastus Asare Donkor said a dustbin distribution project which should have been implemented by the Presiding member and Mayor has been halted.

“Our leaders who are supposed to lead us, look at what they are doing...throwing blows," a resident testified to what Erastus described as a “gaping hole” in the running of the Assembly.

A man told Joy News Wednesday “we are far, far better” when Kojo Bonsu was around. According to him, the former Mayor was a stickler for discipline who directly supervised Assembly officials in the public performance of their duties.

“Look t the rubbish...all because we don’t have mayor and presiding member,” a resident said.