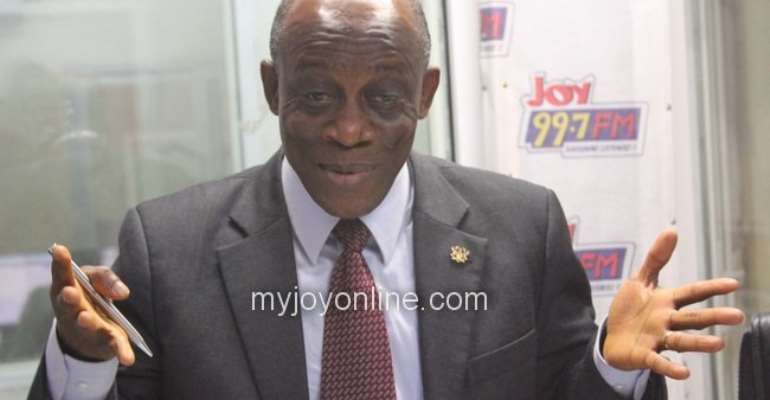 Finance Minister Seth Terkper says the favorable assessment of Ghana's creditworthiness by some rating agencies shows that government is on track in stabilizing the economy.

Rating Agencies, Moody's and FITCH have all given government a favorable assessment of its ability to pay back on time funds borrowed on the international market.

Moodys in a statement issued on September 23, said it has affirmed Ghana's "issuer and Senior unsecured rating at B3 and changed the outlook to stable from negative."

The final rating replaces the expected rating that Fitch assigned on 1 August 2016.

KEY RATING DRIVERS
The rating is in line with Ghana's Long-Term Foreign Currency Issuer Default (IDR), which was affirmed in March 2016 at 'B' with a Negative Outlook.

RATING SENSITIVITIES
The rating of the notes is sensitive to changes in Ghana's Long-Term Foreign Currency IDR.

But Speaking to JOYBUSINESS, Mr Terkper noted that the verdict shows that government is on with programs aimed at fast-tracking the stability of the economy.

Mr. Terkper was of the view that, the development could also result in the reduction in the cost of borrowing for the country.

Meanwhile, finance minister Seth Terkper says he also expect this assessment to impact positively on government’s cost of borrowing on the international market.

In a related development Managing Director of Standard Chartered Bank, Kweku Bedu-Addo says he expect the developments on the Ghana’s credit ratings, to bring some relief to bank exposed to international dealings.