Ken Agyapong, Gabby Are 'Cartoons' Not Worth My Time – Ayariga 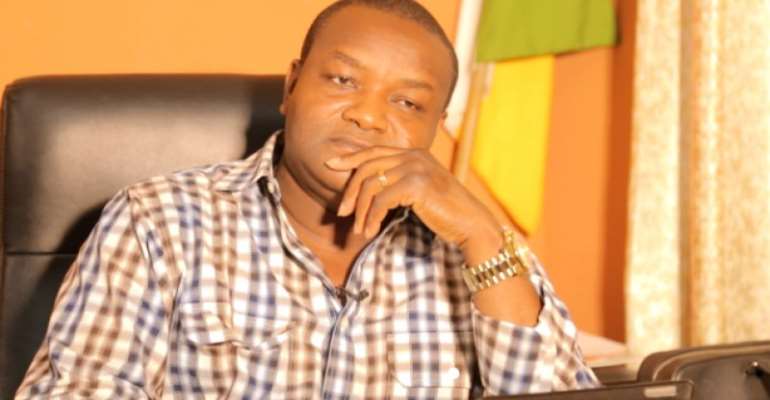 The flag bearer of the All People’s Congress (APC), Hassan Ayariga, has said he does not respond to “cartoons” – a direct reference to Mr Gabby Asare Otchere-Darko, cousin to the flag bearer of the main opposition New Patriotic Party (NPP) Nana Akufo-Addo; Mr Kennedy Agyapong, Assin Central MP; and Mr Murtala Muhammed, General Secretary of the Progressive People’s Party (PPP).

On Class91.3FM’s Executive Breakfast Show (EBS) on Monday, September 26, Mr Ayariga accused Mr Akufo-Addo of living in his father’s house even at age 72.

In response, Mr Otchere-Darko, said Mr Akufo-Addo could own 30 houses in Ghana and abroad if he wanted to.

Mr Otchere-Darko, in a Facebook post, said: “I hear an ‘opposition’ presidential candidate has started attacking Nduom and Nana Addo. He says at 72, the latter should not be staying in the house his father built. Is this supposed to be an attack? If Nana Addo, one of Ghana's most successful lawyers, were materialistic, he would have probably owned 30 houses by now, plus others abroad. What he has done is to improve upon what his father left him, dedicating all his energies to pursuing happiness for the greatest number of people. He is overly generous with whatever wealth he gets. He is not greedy. He does not possess even a credit card and does not have a foreign account. Yes! He owns three houses, one built by his father (Nima), another built by his mother (Kyebi) and one he built (East Legon), where he lived as MP and Minister. Ghana is blessed to have in 2017 a president who is not driven by material things for himself but for all citizens of his nation. He is honest, he is selfless, and he is not corrupt. He is just a simple man, with a big heart and a big mind.”

The PPP’s Murtala Muhammed had also described Mr Ayariga as a “surrogate” of the governing National Democratic Congress (NDC) after Mr Ayariga lunged at PPP founder and flag bearer Dr Papa Kwesi Nduom by describing his Groupe Nduom banks as “single-room” businesses, which do not qualify him to use the moniker ‘adwumawura’ – creator of jobs.

In response to his critics, Mr Ayariga told Prince Minkah on the EBS on Wednesday that the three do not fall within his league to merit his attention and time. “When crocodiles are fighting, the chicken has no business coming around. So, I will not respond to cartoons of such nature. Let my General Secretary, he is of their class and their level, [respond to them]. Monkeys play by sizes, they will reply to them,” Ayariga told show host Prince Minkah.