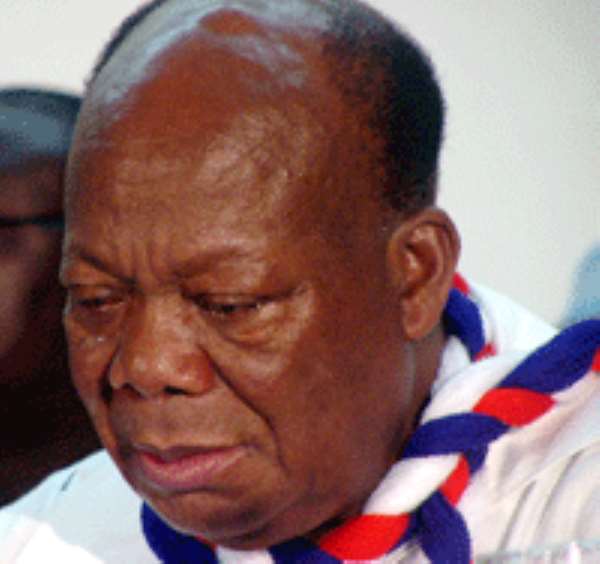 Dec. 10 2004: Gov't not considering hikes in fuel prices - JAK Accra, Feb. 19, GNA - The New Patriotic Party (NPP) on Friday justified the fuel price increment saying "it does not make economic or political sense to ignore the price of crude oil on the world market in fixing the price of petroleum products in our country. "It is fair and realistic that the price for the products is therefore fixed at the right level higher than 20,000 cedis," Mr Harona Esseku stated in a press statement issued in Accra. The Government on Friday announced new fuel prices: Premium Petrol now sells at 30,000 cedis per gallon, up from 20,000 cedis. Kerosene is now 24,000 cedis, from 17,500 cedis; LPG Gas has risen by 3,800 cedis per kilogram to 5,700 cedis; Pre-mix increased from 16,000 cedis to 21,000 cedis a gallon. Gas Oil (Diesel) from 17,500 cedis per gallon to 26,500 cedis and Marine Gas oil from 16,000 to 21,000 cedis per gallon. The NPP said it was irresponsible to overlook the fact that since the last increment in 2003, the price of fuel on the world market have almost doubled, therefore, if the price in the country were allowed to remain at its present level, petroleum products in Ghana would have gradually dried up leading to shortages. "We surely do not want to return to the gloomy days in the past where people had to fight at petrol stations to get a gallon of petrol," the statement stated. The NPP Chairman said with the exception of Nigeria, which is a major producer of crude oil, "Ghana has the lowest price for petroleum products in Sub-Sahara Africa. "From Central African Republic right through to Lesotho, every single country pays more for a gallon of gasoline than Ghana." Mr Esseku said "In a poor country like Somalia, it is over 55,00 cedis; Central African Republic it is over 52,000 cedis; while in Burkina Faso, it is over 48,000 cedis; Chad over 47,000 cedis; even in Cote d'Ivoire which produces some crude oil, it is over 46,000 cedis. "In neighbouring Togo, it is more than 37,000 cedis and in even war-ravaged countries like Liberia and Sierra Leone, its more than 30,000 cedis." Ghana has no control whatsoever over the price of crude oil. There is a world price for crude oil, which is fix without reference to Ghana, if we want crude oil, we have no choice but to but it at the world market price or go without it, the NPP Chairman stated. Mr Esseku said an increase in price is unavoidable. The NPP government is caring and responsible enough and had fixed a new price, which would not impose a crushing burden on the Ghanaian society.