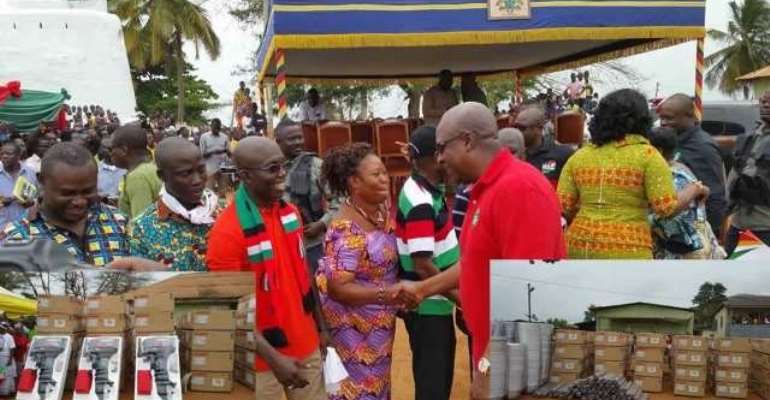 The New Patriotic Party (NPP) is alleging that the governing National Democratic Congress (NDC) is buying votes in the run up to the December elections, and has urged the party to desist from the practice.

“The message to His Excellency the President is to desist from the very public give-away culture, unprecedented in its openness and insensitivity,” he said.

Mr Asamoah’s comments follow findings last month by the Centre for Democratic Development (CDD) that said the NDC is the most cited political party in vote buying.

According to the study, 51% of Ghanaians surveyed believe the John Mahama-led government has been buying vote followed closely by Nana Akufo-Addo's New Patriotic Party with 32%.

The study also found that some 60 % of Ghanaian voters believe that political parties and candidates often or always engage in vote buying during elections.

However, addressing journalists in Accra Monday, Mr Asamoah said just like in the last election the NDC has started giving out gifts to electorates in a bid to influence their voting decisions.

“What we witnessed and experienced in the run up to election 2012 could be likened to a deliberate shift of gargantuan public resources into the sole purpose of influencing electoral outcomes in the name of influencing public policy,” he said.

“Are we seeing the perfection of the trick of turning state resources to private political use on an even larger scale?” he quizzed.

The NDC has always maintained that it does not buy votes, saying the gifts and paraphernalia it gives to electorates during its electioneering campaigns for instance, are for marketing and publicity purposes only.

They Sent 'Dante Crocodiles' To Our Area To Scarce Us — Ajum...
52 minutes ago