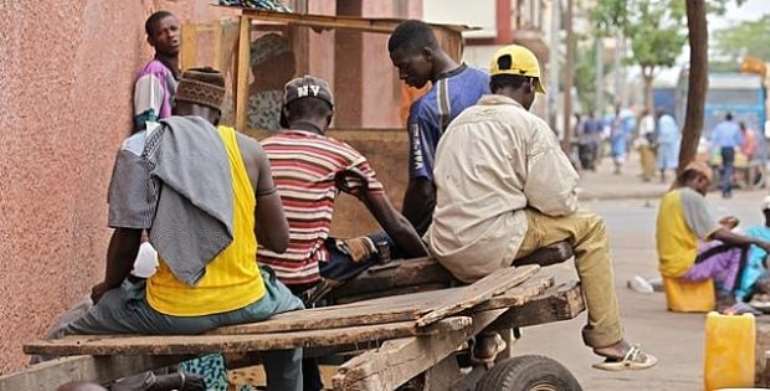 A research conducted by the African Centre for Economic Transformation (ACET) shows that about four hundred thousand people enter the labour market every year seeking various forms of employment.

According to a Senior Research Fellow at ACET, Dr. William Baah Boateng, the situation demands a more proactive approach to addressing unemployment in the country.

He said, the existing job creation avenues need to be expanded to ensure that the unemployment figures do not continue to increase.

“The number of people who flow into the labour market every year now has gotten to 400,000 with different kinds of skill. We have to look at how we can create jobs to absorb this number,” he said.

Speaking on the Citi Breakfast Show on Tuesday, Dr. Baah Boateng said although many economic indicators suggest Ghana is experiencing growth, the source of the growth must be interrogated before the appropriate conclusions are made.

'Unemployment a major concern'
The Institute of Economic Affairs, (IEA) recently named unemployment as a major problem facing the country.

According to the survey, urban dwellers, females, and the majority of people living in the Western, Eastern and Central regions, identified unemployment as their biggest problem in Ghana.

'Unemployed graduates beg EC for jobs'
The Chairperson of the Electoral Commission, Madam Charlotte Osei has also bemoaned the high level of joblessness in the country saying it is cause for worry.

The two groups, in a statement signed by the President of UGAG, Desmond Bress-Biney argued that, they are in the best position to carry out such tasks given that their members graduated from varying tertiary institutions.