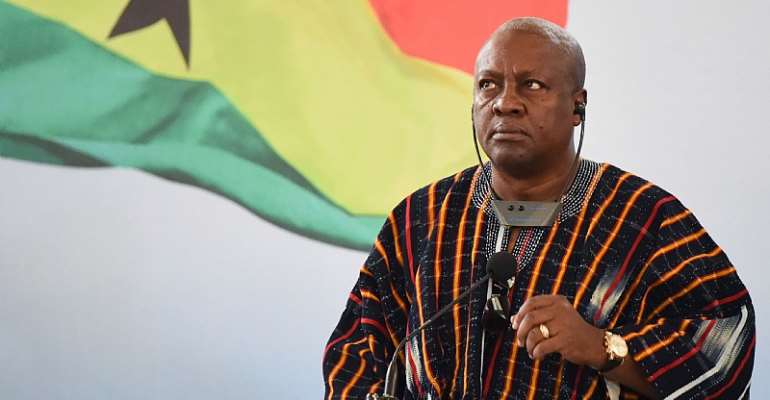 According to the president, the extent of press freedom being enjoyed in the country has contributed to the country having “27 million presidents who think they know the job better.”

President John Mahama has described as worrying the “over-concentration on politics” in the Ghanaian media landscape to the detriment of “all other things like climate change, culture, women's empowerment”.

According to the president, the extent of press freedom being enjoyed in the country has contributed to the country having “27 million presidents who think they know the job better.”

Mr Mahama made this known while addressing dignitaries across the globe at the United Nations Educational, Scientific and Cultural Organization (UNESCO) conference in Paris on September 26.

He was speaking on ways the on the role of access to information in achieving the Sustainable Development Goals (SDGs).

He said even though the Ghanaians media landscape can be described as “one of the most saturated with radio stations and other media in the world”, several challenges still face the media industry.

The president believed that “a lot of the journalists lack training” and hence need capacity building and development to improve upon their performance.

President Mahama also indicated that “a lot of the stations still use rudimentary equipment so they do not have clear sounds”.

He believed the country's migration to digital broadcasting will help address such concerns.

Meanwhile, the president has stated that Ghana is on course to achieving the targets set under the Sustainable Development Goals (SDGs).

According to him, even though the SDGs, which came to being after the implementation of the Millennium Development Goals (MDGs), are more ambitious with 169 targets, Ghana through the establishment of the SDG implementation committee and their incorporation into the 40-yr development plan will ensure that the SDG targets are achieved.