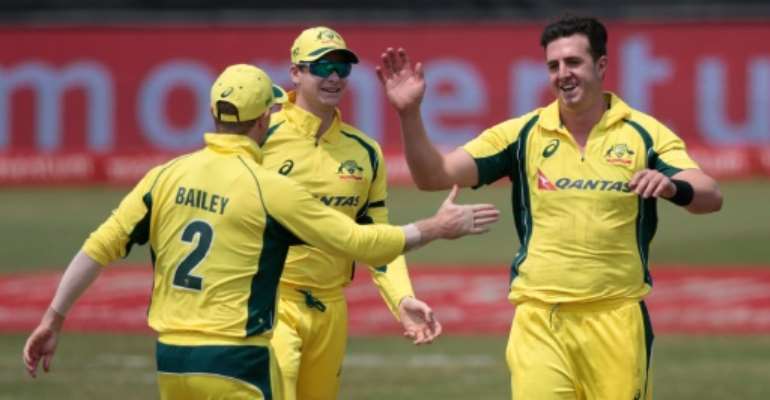 Benoni (South Africa) (AFP) - A mid-innings collapse spoiled a promising start by Ireland in their one-day international against Australia at Willowmoore Park on Tuesday.

The solid foundation laid by William Porterfield (24), Paul Stirling (30) and John Anderson (39) was destroyed when they lost three wickets for two runs in the space of seven balls.

Anderson was leg before wicket to Scott Boland before new cap Daniel Worrall claimed his first international wicket when he had Gary Wilson caught behind.

Worrall appealed unsuccessfully for leg before wicket when his next ball struck Sean Terry on the pad. But Terry did not get back into his crease and the ball deflected to Australian captain Steve Smith, whose throw from slip ran out the new batsman.

Leg-spinner Adam Zampa was Australia's most successful bowler, taking three for 37. He made good use of his variations, taking two wickets with googlies and one with a flipper.

Zampa apart, a largely inexperienced Australian bowling attack looked in need of more work ahead of a five-match series against South Africa, starting at Centurion on Friday. They sent down 13 wides, costing a total of 19 runs.

Ireland, who lost by 206 runs against South Africa at the same venue on Sunday, were again without experienced batsman Niall O'Brien, who slipped in his hotel bathroom on Sunday morning and suffered concussion.