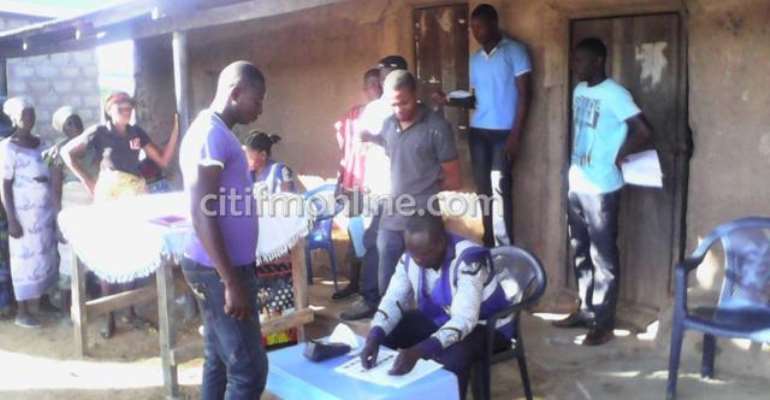 The Foundation for Security Development in Africa, FOSDA, a Non-Governmental Organization, (NGO), says indicators that led to violence in some African countries are rife in Ghana.

According to FOSDA, internationally, Ghana’s Democracy, which can be described as a matured democracy by all standards, still has indicators that led to violence in some countries.

This according to FOSDA is due to the use of intemperate language by politicians.

This came to light when the Executive Director for the foundation, Madam Afi Yakubu, was addressing some youth at a youth programme to educate them on the need for a peaceful elections.

The programme, which was organized by FOSDA, is aimed at training some 25 youth within Ashaiman and its surrounding areas as peace ambassadors to propagate peace before, during and after the December polls.

According to the Executive Director, politicians must desist from the use of languages that would create tensions since their utterances could degenerate into hate among their followers.

“Per the international standard, if a country is able to organize three successful elections under multi-party democracy, then it can be described as a matured democracy and that by all standards; Ghana qualifies to be a matured democracy because we are going for our 7th elections. Sadly, some of the indicators that lead to violent elections that other countries have experienced; are here with us and that is why FOSDA is advocating that politicians must be mindful of their utterances in order not to create tension before, during and after the polls”.

The youth are to be taken through training such as conflict management, role of youth in peaceful elections and democracy and good governance.

The Municipal Chief Executive for Ashaiman, Ibrahim Baidoo noted that though Ashaiman is tagged by the police as a flash point, it has conducted itself well over the years.

He said Ashaiman in the last elections did not record any major incident of electoral violence.

This he said was due to strict measures put in place by the Municipal Security Council.

“Though Ashaiman is tagged as a flash point, the Assembly together with the security has put in place some measures to ensure no incident of violence is recorded in the December polls as far as Ashaiman is concerned”

Mr. Baidoo advised the youth to ensure at all times they uphold the peace they enjoy, and must not allow any politician to use them to perpetuate any act of violence before, during and after the elections.

The youth on their part promised to be promoters of peace in their various communities to ensure a violent free election.