Government charged to spend oil revenues responsibly at all times 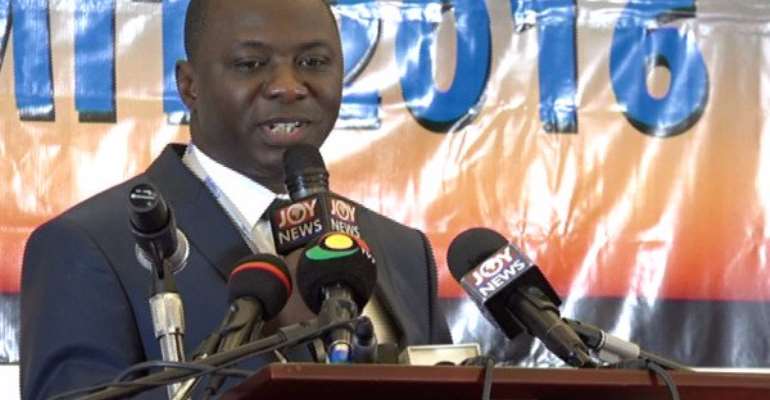 Government has been charged to spend oil revenues responsibly at all times to enable it to mitigate the negative impact a slowdown in commodity prices may have on the economy as it is currently.

"In the past years, I have seen oil producing companies suffering under the decline of dwindling revenues as a result of the oil price shock. African producers have been the worst hit by this development largely due to their less diversified economies and over dependence on oil revenue," he said.

He also cited lower tax efforts, fiscal indiscipline as well as corruption as part of the reasons contributing to dwindling of oil revenue.

He said in spite of the lower benchmark prices of crude oil used by most African countries in their national budget, they have been compelled to make difficult fiscal adjustments which are not only unpopular with their people but also their macroeconomic outlook.

"The need to spend oil money efficiently and responsibly in spite of the lower oil prices is true for our countries today as it has always been during the periods of higher prices.

Speaking with JOY BUSINESS at the summit, Deputy Minister of Petroleum, Benjamin Dagadu said cutting back on expenditure during times of reduced prices might be challenging considering that it might kick the budget out of gear.

"Our problem as a country like others that countries have started depending on oil, its budget is very difficult to deal with because when you remove it you won't have money to support the budget. The sort of infrastructure and social facilities that you would have to make won't be made," he said.

He said mining has not helped the country and agriculture is not to developed to its full potential as it should have been thus Ghana needs to use revenue from the oil sector to support it grow.

The 2-day Africa Oil Governance Summit organized ACEP, the Ghana Oil and Gas for Inclusive Growth (GOGIG) and its international partners is an annual event aimed at bringing together experts in the oil and gas sector from across the continent to deliberate on key challenges faced by the sector and proffer solutions for them.