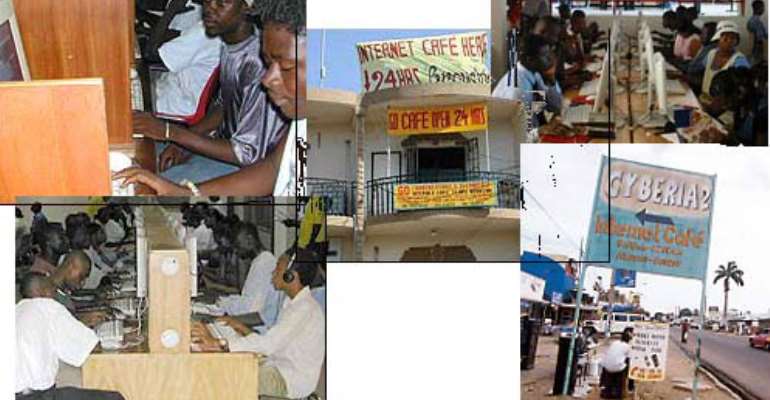 Genuine business people and other credit card holders in the country would no longer be able to use their cards to shop via the internet following the a ban on credit card transactions from Ghana.

The ban by US' Federal Bureau of Investigations (FBI) follows investigations into credit card Internet fraud that revealed that over 5 million dollars of online shopping fraud was detected to have generated from Ghana.

The investigations conducted by the FBI also revealed that even though credit card usage is uncommon in Ghana, some unscrupulous people have managed to hack into other people's credit card accounts to purchase items online.

Jimmy Alottey of GCNET who disclosed this to JOY Business Report explained that the FBI under took the investigations sometime last year after most of the items bought via the Internet were traced to particular locations in Ghana.

Mr. Alottey argued that the current IT policy of the country does not allow for the protection against IT fraud making perpetrators of such crimes get away scot-free.

He said there was an urgent need to tighten the loopholes to make IT more workable since it has come to stay.

“ If I am with a particular bank in this country and I find out that that particular bank has a dodgy IT guy who has been transferring money, how long do you think I am going to leave that money in that account, there is known to be a group of young men whose hobby is IT fraud and the earlier we make sure that we've got security forces adequately trained and the legal regulatory steps also implemented” he said.

He also entreated the Bank of Ghana as a regulatory body to step in to ensure that measures are instituted to force banks to comply with security procedures to ensure that their system is tight.