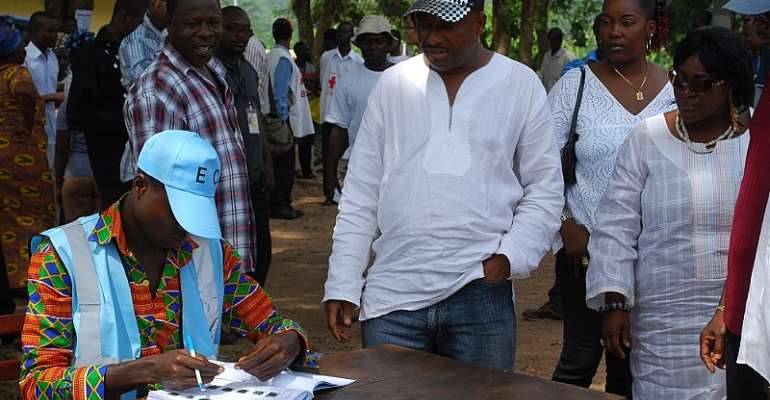 A group calling itself Saltpond Forum at Saltpond in the Mfantseman Municipality of the Central Region has threatened to mobilize the residents of the area to boycott the 2016 general elections.

According to the group, Saltpond which qualifies to be labeled as Ghana's 'Political Mecca' has been abandoned and that they can no longer stand the marginalization being meted out to them by both the ruling  government and the opposition, hence the need to boycott the elections.

The President of Saltpond Forum, Dr Ransford Gyampo made the threats at a press conference on Wednesday at Saltpond.

Dr Gyampo noted that in spite of the role and contribution of Saltpond towards Ghana's socio economic and political development, the town has been abandoned as presidents tour Mfantseman without setting foot at Saltpond not alone to attend their festival even when they invite them.

“Do we have memories as a nation? Is this how politicians want to treat the land that had the foundation for Ghana's partisan political contestation? The battle for independence may not have been fought and won without Saltpond,” he added

“We sense a grand but surreptitious scheme to relocate the municipal capital from Saltpond to Mankessim simply because of Saltpond's stalled development, we believe this approach is very irresponsible and a defeatist solution to a problem that can be tackled to honor the role and contribution of Saltpond towards Ghana's development,” he stated.

He underscored the need for government to implore positive and proactive approach to address the pertinent developmental challenges confronting the people of the area.

Dr Gyampo appealed to the people of the area both from home and abroad to unite, return home and contribute to the development of the town.

DAILY GUIDE has learnt that Saltpond served as a venue for political meetings and activities of Ghana's two great political parties; the United Gold Coast Convention (UGCC) and the Convention people's Party (CPP) that fought for the nation's independence. The two parties were even formed there.

The palm tree which was planted by Dr Kwame Nkrumah to signify the formation of the CPP and the Convention House where UGCC was formed still remain tourist attractions.