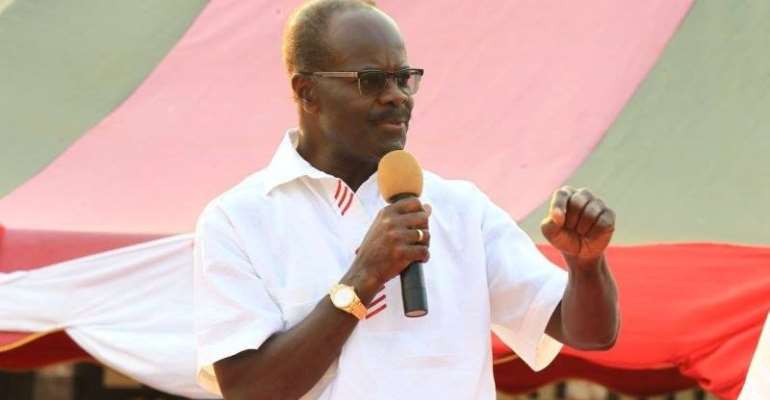 The flagbearer of the Progressive People's Party (PPP) Dr. Papa Kwasi Nduom has argued successive governments in Ghana have been inefficient because Ghanaians failed to critically and objectively examine manifestos of political parties after they win elections.

Speaking at the Spiritan University in Ejisu in the Ashanti region, the PPP flagbearer was of the view that the lack of objective examination and analysis of the various manifestos have contributed to the lack of real positive impact on the lives of the people.

“Looking at the manifestos of the various parties that have won elections to be in government, Ghana should not have been where we are today, but what do we see now? Millions are suffering in abject poverty in spite of the numerous juicy promises given,” Nduom lamented.

Disagreeing with proponents of wealth creation in Ghana, the entrepreneur argued that even though the nation has lots of wealth, it would have to be put into proper use in order to successfully reduce poverty in the country.

He was of the strong conviction that the country's approach towards certain fundamentals would have to be changed in order to win the fight towards the reduction of poverty in the country.

One of the fundamentals he has always been propounding is the separation of the Attorney General's Office from that of the Minister of Justice so that corruption could be strongly and effectively fought.

“Poverty in Ghana is real, preventable and looking forward for efficient and selfless people to lead and take care of the problems confronting the nation,” he stated.

Dr. Nduom also mentioned the lack of proper decentralisation in the country which has been the bane of improper local Government accountability and responsibility in the Ghana.