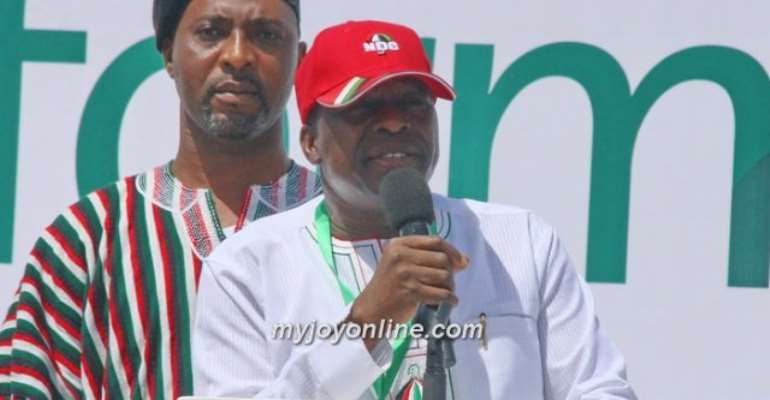 Majority Leader and Member of Parliament for Nadowli-Kaleo, Alban Kingsford Bagbin, has launched his seventh term for parliament by extolling the virtues of President John Mahama.

He has had a frosty relationship with the president after he described Mahama's government as one for family and friends.

Mr Bagbin in November 2015 took his crusade of criticism against the presidency a notch higher by disowning the administration saying it is for "family and friends" and standing by his remarks criticizing the president for being inaccessible and also lacking the political will to fight corruption.

His remark drew sharp criticism from some party faithful telling him off for his comments which they deemed a public ridiculing of the president.

Things were heady with the Deputy Communication Minister, Felix Ofosu Kwakye calling on him to resign only for Mr Bagbin replying to say "we had to tell him [President Mahama] for him to be able to change".

The member of government's 'three wise men' Mr Bagbin demanded the party takes over the running of the presidency because "it is the party that promised the people" and got Mahama elected.

Speaking to Joy News then, he said there are people who wrote the party manifesto and fought for John Mahama to become president and that these people ought to "be in charge of the governance of this country to make sure we implement the promises to the people".

But at a campaign launch to seek the mandate of the people, Alban Bagbin pledged to speed up development in the area.