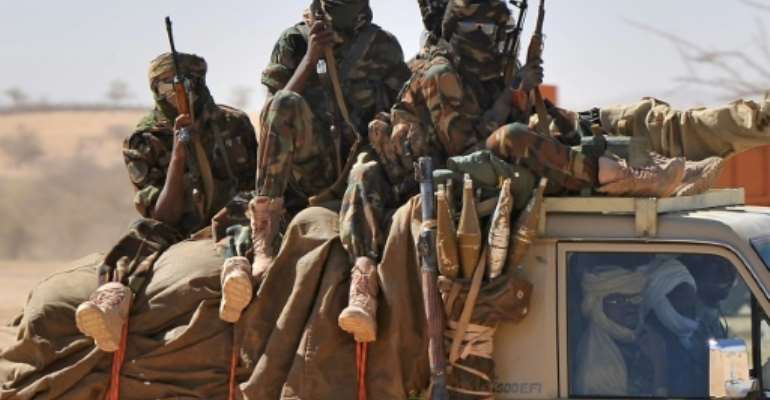 Soldiers of the Chadian army are driven in a pickup near Iriba, northern Chad on March 12, 2009. By Philippe Huguen (AFP/File)

"Around 8:00 pm (1900 GMT) on Saturday night, Boko Haram members attacked the Djoroye border post near the Niger border in the Lake Chad region killing four of our soldiers," the source said.

"The Chadian army killed seven Boko Haram fighters," the source said. The military did not comment, refusing to confirm or deny the attack.

Boko Haram, which wants to establish a caliphate in northern Nigeria, has been waging an insurgency since 2009.

Their battle has spilled across the borders of neighbouring countries which, including Chad, Niger and Cameroon, have formed a regional force to fight back.