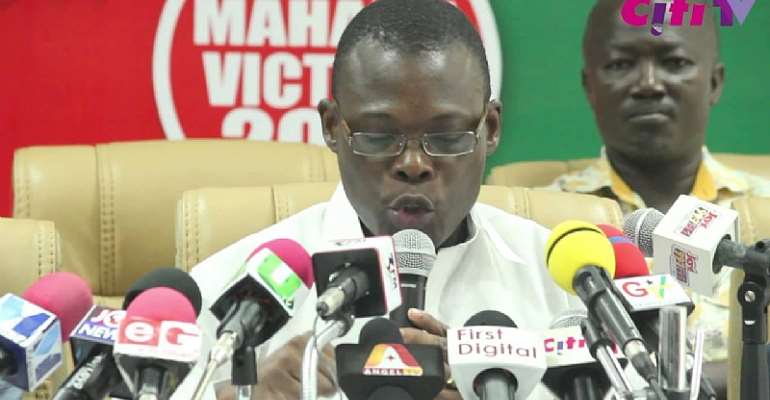 He was responding to claims by the Minister of Transport, Fifi Kwetey, that the John Kufour-led NPP administration made Ghana a hub of cocaine trade.

Mr. Kwetey made the claim at a forum dubbed “Setting the records straight,” in response to claims made by the NPP that government has been incompetent particularly in its handling of the economy.

He said “it should be noted that; we tried not to even make reference to the fact that the NDC period was a period when the economy of Ghana was not inundated with massive cocaine cash as was experienced during the eight years of the NPP, when the floodgates of cocaine were opened and Ghana became a virtual cocaine hub.”

But in sharp rebuttal on The Big Issue on Saturday, Mr. John Kuma said Fifi Kwetey lacked credibility and his assertions were entirely untrue.

“You have used the presidency to promote cocaine and you have the audacity to refer to MV Benjamin which a committee sat and came up to say that the 77 parcels of cocaine was somebody's figment of imagination and that there was no such thing,” he said.

“What is his [Fifi Kwetey] credibility to raise dead propaganda issues over weightier matters like you have received GH¢248b and you have not accounted for it,” he quizzed.

Mr. Kuma said the NDC has retrogressed and dwindled Ghana's economic fortunes in spite of the firm foundation laid by the NPP before 2009.

He said the “NPP therefore had access to 4.3 times more loan financing than NDC 1 under Jerry Rawlings. In spite of this, the NDC 1 overshadows the NPP in virtually all critical development infrastructure.”