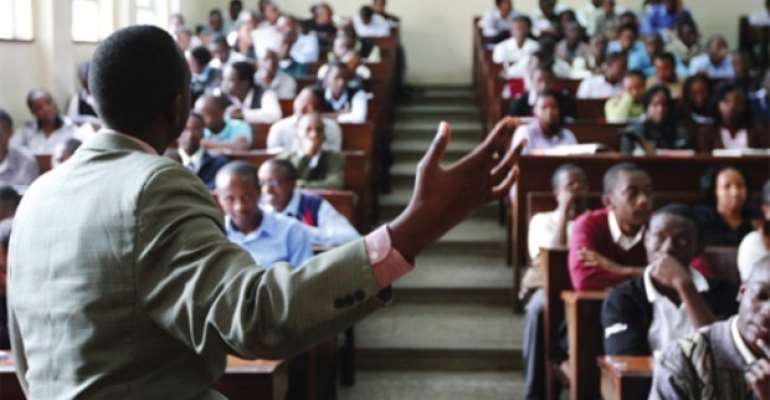 Academic activities at the various Colleges of Education are expected to return to normal soon.

This is because the Colleges of Education Teachers Association (CETAG), has suspended its nationwide strike and have asked members to return to the lecture halls.

Per this approval, salaries, retention premiums, allowances and conversion differences will be paid to staff in this sector.

President of CETAG, Prince Obeng-Himah, also told Citi News their decision is to give government grace period to fully migrate all their members.

“In a meeting chaired by Okudzeto Ablakwa, the Finance Minister, Seth Terkper, was able to give us a copy of authorization that the Finance Ministry had issued to the Controller and Accountant General authorizing them to migrate us in October.”

Though Obeng-Himah observed that the October date “isn't friendly in our system” they have decided to call off the strike following the October assurance and “looking at the fact that our students are on campus and a lot of people have pleaded with CETAG to rescind its decision.”

“We have discussed modalities for the payment of arrears that may accrue as a result of that, we have signed MoU where in that meeting we all came to those agreements. So we are going to study the thing and from this time up to October, we have no problem; but if it doesn't work out, 1st November, the Council will decide the next line of action that we are going to take,” he added.

Background
CETAG declared an indefinite strike last week to protest government's non-migration of its members onto their desired salary structure.

The association noted that, the slow pace of the process might among others affect their salaries and fringe benefits.

We’re Investing Massively In Infrastructure; Not Rearing Fly...
18 minutes ago

Mahama Shakes Tarkwa As Menzgold Customers Give Him Rousing ...
18 minutes ago