BoG sets up committee on increasing minimum capital for banks 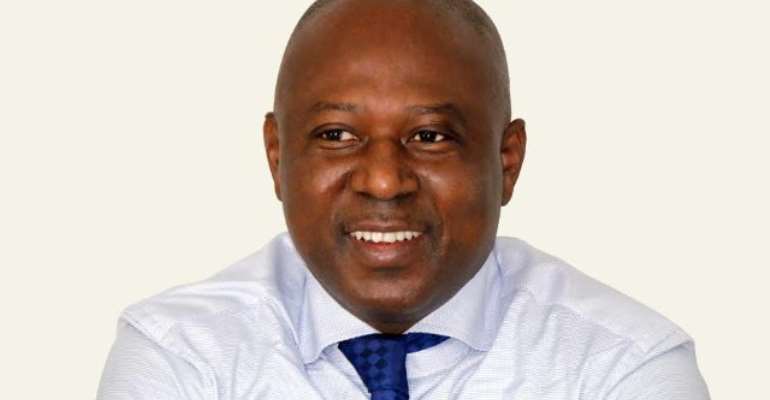 The Bank of Ghana (BoG) has set up a committee to review and recommend the appropriate levels for increasing the minimum capital requirement of commercial banks.

Central Bank Governor Abdul Nashiru Issahaku disclosed this when he addressed members of the Association of Bankers at their working lunch after the Association's Annual General Meeting in Accra Thursday.

According to the Governor, the technical committee will also look at the modalities for meeting the new capital for existing banks.

The announcement by the Governor confirms an initial report by JOY BUSINESS that the Central Bank is working to increase the minimum capital, possibly before the end of this year.

JOY BUSINESS is learning that the technical committee, which has already started work, is expected to make their recommendations to the central Bank by next month.

Commercial Banks in the country currently have up to a certain period, to increase capital to Gh¢120 million, while new entrants should have GH¢120 million as minimum capital.

The central bank in 2003, first increased the capital levels of banks to GH¢7 million.

This policy stance was aimed at creating a uniform condition for banks as well as maintaining an adequate capital cushion to support any unanticipated losses associated with banks’ business risks.

Banks were given up to December 31, 2006 to meet this requirement.

To further extend the capacity of the banking system to play a key role in the rapidly growing economy, the Bank of Ghana in 2008 revised upwards the minimum capital requirements of banks to GH¢60.0 million to be met by end December 2009.

Domestically controlled banks were however required to increase their minimum capital to GH¢25 million by the end of December 2010 then to GH¢60 million by end December 2012.

In 2013, the minimum capital requirement was again revised to GH¢120 million for new industry entrants mainly due to the depreciation of the cedi and the vulnerabilities that had built up in the banking system.

Existing banks were advised to take steps to increase their capital in line with their risk profile and business strategy to reflect the provisions of the ICAAP principles of Pillar II under the Basel framework.

According to Dr. Abdul Nashiru Issahaku, "BoG is of the conviction that, the time to inject more capital is now and this is to enable banks become strong and resilient and position them to take on big ticket deals both locally and internationally".

The Governor added the capital increase has also become critical, following an Asset Quality Review undertake on loans and investment portfolio of banks, by some accounting firms on behalf of BoG in the first half of year, which also supported the need for capital injection.

He said, "if we want to grow at an accelerated pace in order to reduce poverty and advance economically, then we need to build the capacity for embarking on bigger projects with a sound capital base to absorb shocks without losing momentum."

Deposit Protection Bill
The Governor said the law is currently awaiting president assent since its passage in July 2016, adding that this will pave the way, to protect small savers from loss incurred as a result of occurrences of an insured event.

He added that the Ghana Deposit Protection scheme will initially function as a pay box with the amount of compensation to be paid to bank customers in the event of bank failure limited to GH¢6,250 per customer and GH¢1,250 for customers of Specialized Deposit Taking Institutions.

However as provided by the Deposit Protection Bill, the scheme would eventually be transformed into a fully-fledged deposit insurance scheme with a broader mandate to engage in risk-minimization and other roles.

·The Ghana Deposit Insurance Corporation will have a Governing Board consisting of the following:

· The Governor of the Bank of Ghana or his representative not below the rank of Deputy Governor as Chairman,

· One representative from the Ministry of Finance not below the rank of a Director,

· The Chief Executive Officer of the Deposit Insurance Corporation,

· One Legal Practitioner of not less than ten years standing at the Bar nominated by the General Legal Council, and

· One certified practising accountant nominated by the Institute of Chartered Accountants, Ghana.

Addressing concerns of rising interest rates
The Governor announced, that a technical committee made up of representatives from the BoG and Ghana Association of Bankers was set up to take a second look at the methodology for the determination of the base rate.

"The committee is working hard on a market-oriented and simpler alternative framework that is expected to be finalized and introduced by the close of this year," he added.

Clearing of TOR Debt
Speaking on the Tema Oild Refinery (TOR), Dr Abdul Nashiru Issahaku announced that a long-term agreement has been executed between all the parties to restructure the legacy debt of TOR over a ten year period commencing September 30.

He added that this will ensure that TOR would pay an initial investment amount of GH¢150 million to the lenders and this would be invested over a 10-year period at a rate of 20 percent per annum.

The Governor said the initial investment amount will cater for the principal repayment whilst interest payment would come from the Energy Sector Levies and TOR’s own internally generated funds, which would be transferred into the TOR/MOFEP Crude Oil Repayment Account.