It baffles me that Kwahus do not vote for NDC - Veep 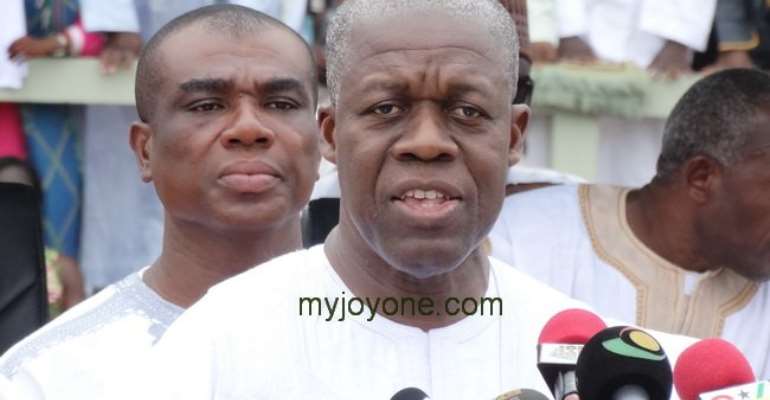 The Vice President says he is baffled that the people of Kwahu in the Eastern region do not vote for the governing National Democratic Congress.

Kwesi Bekoe Amissah-Arthur said the Kwahus are predominantly entrepreneurs and should ordinarily vote the party that facilitates their businesses through the construction of roads and provision of water but this is not quite the case.

He said this when he addressed some party faithful and traditional leaders at Nkawkaw as part of his tour of the region, according to AtinkaFM online.com.

In 2008, the main opposition, New Patriotic Party (NPP) represented by Nana Akufo-Addo had 27,937 constituting 70.45% of votes cast in the Nkawkaw constituency while the NDC's candidate John Evans Atta Mills got 10,724 representing 27.04%.

All three constituencies fall within the Kwahu area.

The figures prove that the NPP in the 2008 and 2012 general elections won in these constituencies in the Kwahu area, hence, the Vice President's call for more votes for the NDC in this year's elections.

If it is water you need, President John Mahama has provided it so I do not understand why you would not vote for the one who does things to promote your business but rather vote for another person, the Vice Presidential Candidate of the NDC said in Twi.

He urged the people to vote for President John Mahama to continue with the good works.

He emphasized that for the development of Kwahuman, the people should vote for no one other than President John Mahama.

Listen to the audio below.

Go complete Aflao E-block if you're giving ultimatum to my m...
16 minutes ago

Shatta Wale, three others to spend one week in police cell
30 minutes ago