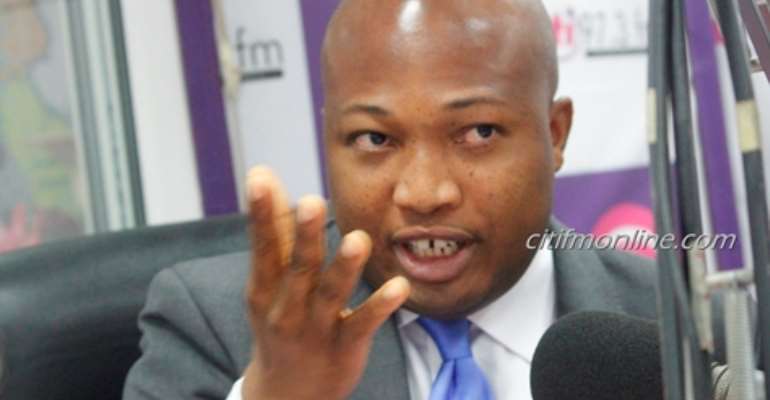 The Deputy Minister of Education in charge of Tertiary Education, Samuel Okudzeto Ablakwa has revealed that government has not budgeted for promises contained in its recently launched manifesto.

According to him, the National Democratic Congress (NDC) government will determine the cost for all the promised in the manifesto in the 2017 budget after its re-election on December 7.

“The manifesto of the NDC has not yet been costed. The 2017 budget God-willing when we are elected and President Mahama returns for his second and final term, that will be presented to parliament will spell out the details, that is when Ghanaians will know how much this particular manifesto pledge will cost,” Ablakwa said.

According to him, it was a misrepresentation of what the President actually said at an event to reveal highlights of the NDC manifesto .

Mr. Ablakwa noted that “We are not promising one student, one tablet. The President has said the he is introducing e-textbooks, in the same way he want to introduce wifi zones in our secondary and tertiary schools.”

President Mahama at the presentation of highlights of the NDC's manifesto earlier this month revealed that text books for the various core subjects will be converted into softwares which will be put on tablets and distributed to Junior High and Senior High School students.

He said the initiative will first be piloted and subsequently expanded with the aim of helping to boost the competencies of the all students in core subjects.

“Students will receive tablets that have all their core subjects on the tablet. If the pilot is successful, the programme shall be expanded,” Mahama said.

NDC manifesto not mere promises – Mahama
Meanwhile, President John Mahama says the NDC manifesto does not contain mere promises meant to entice Ghanaians to vote for the party, but captures the unique plans of the NDC to move Ghana forward if given the mandate to serve for a second term.