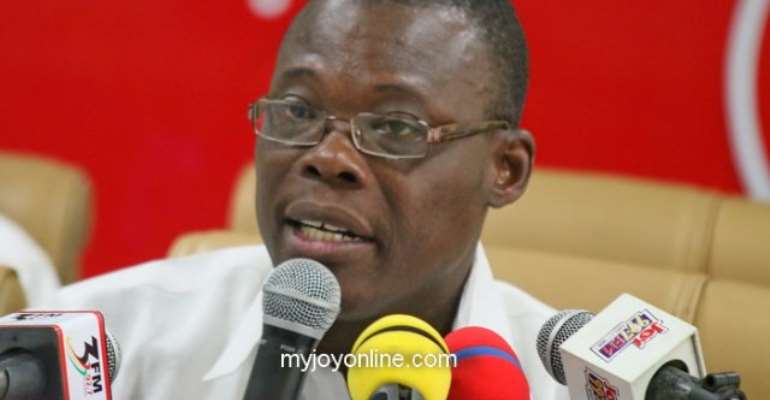 Agric Minister Fifi Kwetey has fired a gun scatter attack at the New Patriotic Party whose record he said has been abysmal.

Mr Kwetey who resumed his "Setting the Records Straight" project to rebuff economic claims made by the opposition party said the NPP was not only incompetent but boosted the economy with "cocaine cash" while it was in office.

According to him, in every single sector of the economy, from inflation right up to economic growth, the Mahama government in eight years performed better than the Kufuor-led NPP.

He stated, the NDC did not have to sell any state asset under the Mahama led administration, as the NPP did with the sale of Ghana Telecom.

Kwetey's claim come at the time when government together with MiDA are looking for concessionaires to take over the management of the Electricity Corporation of Ghana, and two years after Merchant Bank, a state owned financial institution was sold to Fortiz and later rebranded as UMB bank.

The Former Deputy Finance Minister said the NPP left a "gravely ill" economy, one that had cocaine cash flowing through it.

He said contrary to claims by the NPP that president John Mahama is incompetent, it is the NPP who in and out of government has shown gross incompetence.

Incompetence is when a party resolves to elect a flagbearer who continuously has recorded a dwindling fortunes for the NPP, he added.

According to him, the Kufuor government slept behind the wheel and plunged government into dumsor in 2007 before realising that he needed to solve the power challenges.

Fifi Kwetey also challenged claims that government was under an IMF bailout. He said contrary to the claims "elementary analysis" will show that not a cent was given to Ghana by the IMF for which reason the arrangement cannot be called a bailout.