Where is Parliament’s Upper House in Ghana? The Chiefs and Customary Law 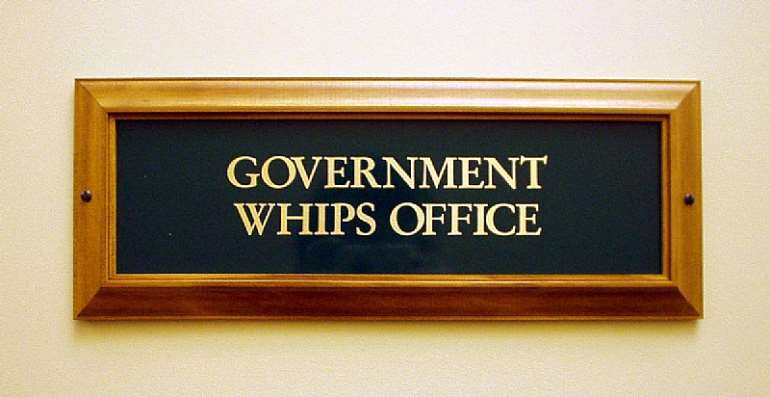 The customs of a people are usually a reflection of their past and of course, a strong indication of their likely future. Today, I would like to examine Ghana’s political focus in the context of the customs of its citizens. Chiefs are politicians in Ghana despite the fact that they are not elected through universal suffrage. Even though the chiefs are politicians, it looks as though today, Ghana has neglected the role of chiefs in deciding what kind of legislation actually finds its way into the national mainstream.

This article examines the role of chiefs in promoting customary law to override the norms of Western culture in Ghana and beyond. The author advocates for the National House of Chiefs to be given the pass on deciding on whether a bill becomes law or not. In other words, chiefs should be an active and legal part of Ghanaian law making.

Ghanaian Chiefs, Youths and Customary Law
There is much to be said about Ghanaian chiefs today. The more said about them, the easier it will be for another generation to comprehend the inherent value of traditional African government in the modern politics of the nation. Clearly, Ghana is a multicultural nation with customs varying from “ethnicity” and “nation” within the Republic. I am an Evhe by descent and understand mainly the customs of Evheland as opposed to those of the Dagomba people or any other ethnicity in Ghana. Nonetheless, as a West African, it is easy to know that some cultures have customs that are not good for humankind. This does not take away from the fact that our customs have sustained us in times past. So you see, there are some things about African culture that are very good.

The notion of customary law is very important in today’s Ghana if the nation’s sanity will persist in Godly righteousness. To be honest with you, Ghana is seemingly on the verge of a serious culture clash with Western heathenism. It seems that Ghana will have to do something drastic about the way Western value systems that are at loggerheads with African cultural values, are being rammed down the throats of citizens. Today, Ghana’s youth for example, have little regard for people in authority the way it used to be. There is a need therefore, to draw the line in terms of the West and its culture teaching Ghana’s children to sin, break laws and to continue on in like manner.

Perhaps customary law is one way in which the nation will be able to deal with the negative and destructive values that have seeped into today’s culture through Western law, science and culture.

The Chief and Legislation Today
In today’s Ghana, chiefs play an integral role in adjudication in accordance with constitutional provisions. This role is significant because it takes into consideration the fact Ghana was once full of chiefdoms where people obeyed laws when chiefs judged. What happened to these laws of old? Why is Ghana so focused on the preservation of Western legal know-how and culture that has come in through public international law and European occupation of old? It is a sinful thing to call things like deviant sexual behaviours a “human right” in a nation where African custom and legal systems are in existence. Such is the case in today’s Ghana, where homosexuality and other accepted norms have become a human rights issue. Hmmm, I wonder what the Big Six would think of today’s Ghanaian norms and laws.

Customary law in Ghana has now been formally sidelined except that international agreements have been signed in the name of codifying customary law. Where are these laws today? The nation needs them in order to make sure Ghana does not lose its distinct flavour of righteousness.

It is necessary that Ghana once and for all do away with Western norms that do not aid the nation in moving forward politically, economically and on the justice front.

The Name of the Game is Righteousness and Law

Too many times, it is said that a nation that is democratic is run in accordance with the Rule of Law. This “Law” and its “Rule” is no more than Western thinking that has been used to support a slave system and international heathenism, in which case Ghana is a victim of international thought gone wrong. Ghana needs customary law to ensure that its people enjoy the benefits of their natural resources and other endowments. As well, Ghana needs a new brand of law where divine righteousness controls the land.

If the chiefs of Ghana are righteous then they will advocate for themselves to take back the legal jurisdiction of righteous codified legal norms that made Africa a place of goodness once. Ghana needs its chiefs to advocate for “upper house” status of legal proportions, to check the excesses of Western-style parliamentary ratification of law.

The author is a communications professional. He writes on contemporary issues of faith, science, politics, economics, righteousness and reason in the church and beyond. He can be reached at [email protected].