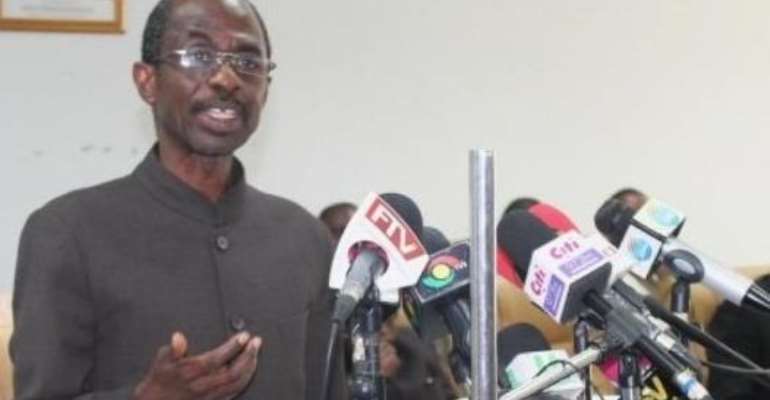 The General Secretary of the governing National democratic Congress (NDC), Johnson Asiedu Nketia, has denied reports suggesting that the party is sponsoring a rival parliamentary candidate in a bid to get the Majority Leader, Alban Bagbin out of Parliament.

It will be recalled that Alban Bagbin had a frosty relationship with President Mahama after the former accused the latter of running a family and friends government.

The relationship appears to have been repaired after Bagbin was appointed into government by the President.

With barely three months to go for the December elections however, there are reports that the President is scheming to have Bagbin defeated,but Asiedu Nketia has dismissed such reports.

According to him, the party and President Mahama are backing the candidature of Alban Bagbin.

He further accused the main opposition New Patriotic Party (NPP) of using what he calls “pliable hands” within the NDC to attack the Majority Leader.

“The NPP, the name they fear in Parliament is Babgin and when they fear you, they know they cannot attack you openly because if they attack you and unmask themselves as NPP attacking Babgin, they know NDC will come around and defend Babgin so they go behind and use some of the NDC people so that they will appear to be attacking from within and then NPP will say it is his own people who are fighting him.

“We don't have  anything to do with this, it is  a lie. It is NPP that is using pliable NDC hands to prosecute that agenda. Those pliable hands are traitors and Nelson Mandela says a traitor is worse than the enemy himself.