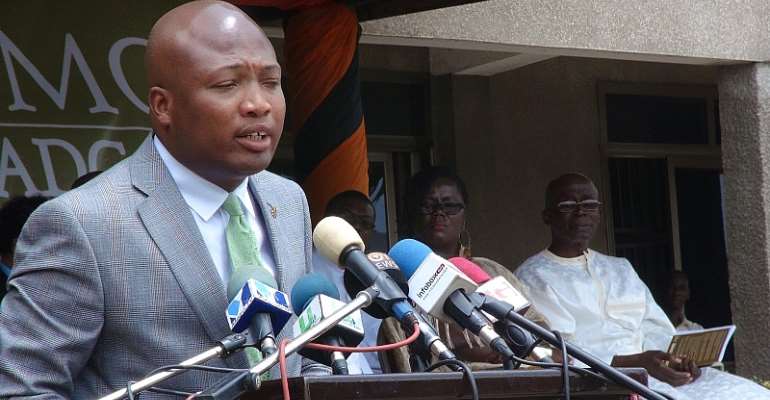 Government seems to be employing subtle means to win the votes of trained teachers who have been sitting home without jobs.

Many of these teachers have been home for close to a year without being posted [employed] as the government has put a freeze on their postings due to financial difficulties.

But with just 77 days to elections, the National Democratic Congress (NDC) government has begun a process of posting the stranded teachers to various schools.

According to a directive issued by the Acting Deputy Director General of the Ghana Education Service (GES), Cynthia Bosumtwi-Sam, dated Monday, September 19, 2016, to all regional directors and copies sent to the Minister of Education, the Deputy Minister of Education in-Charge of Pre-Tertiary and the one in-charge of Tertiary, the Director-General of the GES and others under the heading, 'Training of Newly Trained Teachers and Recruitment of Staff,' the affected teachers must be posted.

The instruction was that “All newly trained teachers should be posted but are not to be issued with appointment letters and are not to be in the classrooms to teach until financial clearance has been given by the Ministry of Finance.”

It also asked that “All Metro/Municipal/District (MMD) Directors of Education should submit the returns on the postings of the newly trained teachers to their respective Regional Directors for onward submission to the GES headquarters not later than 30th September, 2016.”

That, according to Ms Bosumtwi-Sam, was because “Reports reaching the office of the Director General of Education indicate that some MMD Directors and heads of some Senior High Schools are recruiting staff.”

Job Freeze
Interestingly however, she went on to state, “The embargo on recruitment is still in force. Anyone who recruits does so at his/her own risk,” virtually admitting to the fact that government does not have the resources to pay the teachers who were to be posted.

The GES has since warned all metropolitan, municipal and district directors of education to take note that “they have no mandate to re-engage or re-instate any teacher/staff.”

This is what is giving many political analysts cause to believe that government is only baiting the disappointed teachers with this scheme to get them to vote for President Mahama and his National Democratic Congress – which seems to be doing whatever it takes to win the upcoming elections.

Some of the frustrated trained teachers have expressed disappointment in the attempt by government to woe them into voting for the NDC, saying that would not wash.

A number of them who called the offices of DAILY GUIDE, said they would not fall into what they described as 'this cheap scheme' to get votes.

“They think we are fools but we will let them know that we did not go to school for nothing. We will use our conscience against this cheap baiting scheme,” one frustrated teacher who pleaded anonymity for fear of being victimized, told this paper.

Meanwhile, the Director of Public Affairs of the GES, Rev Jonathan Bettey, has explained that the move was meant to give an assurance to the newly trained teachers that they would be employed by government.

“If you know that you will be going to teach at a particular school, at least you have hope that when the financial clearance is given you will go to the classroom,” he indicated in an interview on Multi TV's Joy News channel on Tuesday, September 20.

Fraud
The Employment and Labour Relations Minister, Haruna Iddrisu, explained that a memo from the Ghana Education Service directing the posting of teachers without appointment letters was to check possible fraud within the public service.

Mr Haruna Iddrisu maintained that the ministry had detected fraudulent practices in which some directors of education employ teachers and backdate their letters of appointment.

Government, he said, is forced to pay sometimes up to three years' salaries to some teachers for no work done.

“There are instances where they would backdate [the appointment letter] and then take the one-year [salary] and share….the person would have honestly worked for say six months,” he explained.

He said government could only pay three months' arrears.

The memo triggered concerns that the postings are a gimmick to create the impression that government is employing teachers.

However, a Deputy Education Minister, Samuel Okudzeto Ablakwa, who had earlier doubted the authenticity of the memo, later admitted that it was an error.

He said the memo had been withdrawn and a new one issued authorizing the authorities to employ the teachers without explaining how they are going to be paid.