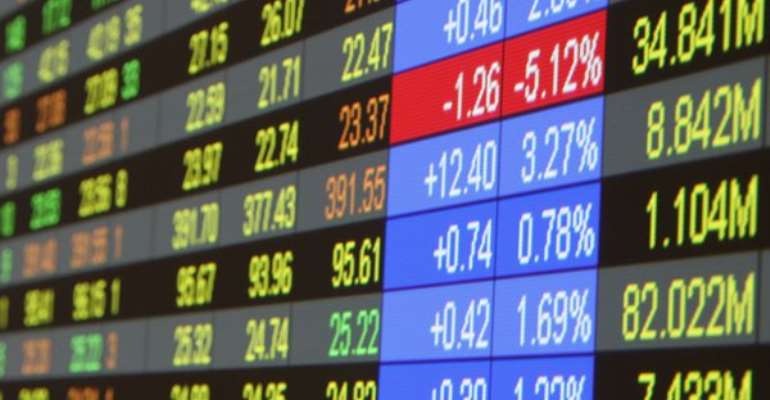 Only three out of 36 listed firms on Ghana’s Stock Exchange have since January 2016 registered growth in their share prices, The Business Finder reports.

Market watchers say the development is attributable to the economic difficulties of the country.

The unbridled borrowing by the government has also in­creased investor appetite for short-term securities, thereby depriving the Accra bourse of investor interest.

Fanmilk, GCB Bank and SIC are the only companies that had increased their share prices and subsequently boosted their market capital­ization as at September 16, 2016.

Eight out of the 11 finan­cial stocks listed on (GSE) all registered negative re­turns thus losing millions of Ghana cedis in value since the beginning of the year.

CAL Bank followed with an annual return of-22.0 per­cent and a market capitaliza­tion of'GH¢411 million.

Ecobank Ghana, HFC, Stanchart, The Trust Bank Gambia and Enterprise Ghana all recorded negative returns at the end of trading on Friday, September 16, 2016.

In the manufacturing sec­tor, firms such as Guinness Ghana Breweries, Aluworks and Unilever lost market val­ues. They lost 10.05, 7.14 and 0.24 percent respectively in their share price.

Mining and oil firms, Golden Star Resources and Tullow Oil have also not been left out of the problem. They have lost 2.01 and 2.88 percent in their share price as at Friday, September 16, 2016. They are presently trading at GH¢1.95 and GH¢27.2o per share respectively.

All other stock ex­changes in Africa have so far done better than the Accra bourse.