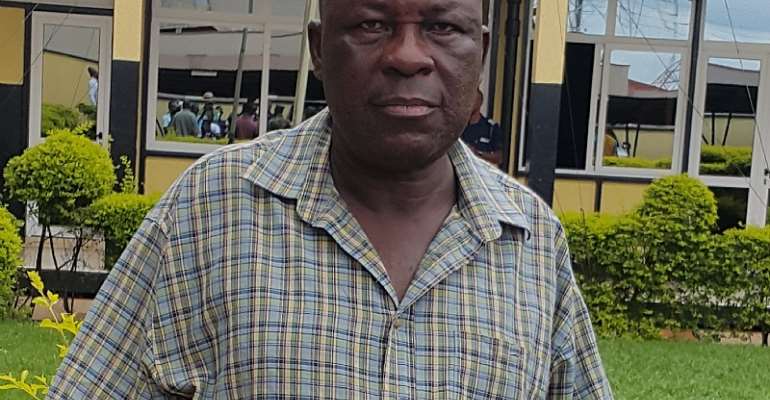 A 60-YEAR-old Nigerian is in hot waters after he was nabbed in possession of numerous bags of government procured fertilizers.

Yekini Adeduma was arrested by the police whilst traveling from Kumasi to Aflao with 12 bags of 'government' fertilizer.

Interestingly, the containers in which the fertilizers were packed had inscriptions specifying that the items belonged to the Government of Ghana and they are not to be sold.

The state fertilizers were supposed to be distributed freely to farmers to boost their yield.

The Ashanti Regional Police Command is still investigating how the Nigerian managed to obtain the fertilizers.

ASP Mohammed Yusif Tanko, the Ashanti Regional Police PRO, stated that the suspect is a Nigerian who stays in Ghana.

According to him, police had information that the Nigerian was in possession of quantities of fertilizer so they trailed him.

ASP Tanko said the vehicle in which the 60-year-old man was travelling was stopped and upon a search the fertilizers were found and consequently impounded.

He disclosed that the police are still investigating the matter to ensure that all those connected to the deal would be arrested to face the law.

ASP Tanko admonished the public not to patronize or buy goods that have inscriptions indicating that it belonged to the government.