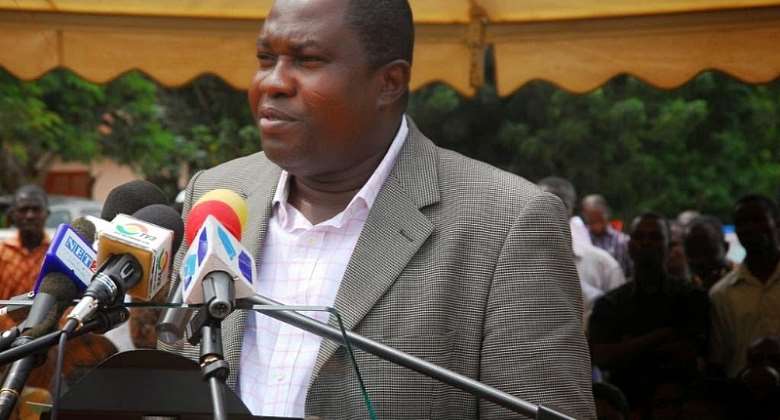 The Vice Chairman of the National Democratic Congress (NDC), has debunked claims suggesting that President John Dramani Mahama promised to distribute tablets to each student in the country.

Samuel Ofosu Ampofo expressed surprise at what he said is the misinterpretion of what the president said.

“President Mahama never promised one tablet, one student during his presentation” he stated.

Presenting highlights of the NDC's manifesto to Ministers of State and other dignitaries at the state banquet hall, President John Mahama said students at the basic level will get the benefit of electronically accessing text books [tablet] to improve education if his party wins the upcoming election.

According to the president the said initiative will be piloted with the aim of helping to boost the competencies of the students in core subjects.

The president added that if the pilot is successful, the project will be expanded to include all students.

Discussing details in the NDC's Manifesto which was launched at Sunyani in the Brong Ahafo Region last Saturday, Ofosu Ampofo said the said project is to improve teaching and learning.

Ofosu Ampofo stressed that the project will make learning more attractive to the students when all the subjects will be loaded on the tablet after the pilot programme in President Mahama's second term in office.

“President John Mahama has supplied several laptops to students in the country and this initiative will all add up to government plans to make learning more attractive” Ofosu Ampofo emphasized.

“Government has extended electricity to rural communities and we will continue to spread it across the country for students in rural communities to benefit from this initiative” the Director of Elections stressed.

Ofosu Ampofo also assured Ghanaians to vote massively for President John Dramani Mahama to continue his good work as the country is experiencing.

Hottest Photo Reports
Catch up with all the political quotes from our politicians.
Advertise here
More Politics
ModernGhana Links
Agric Minister says part of the e-levy will be used to support farmers
We will pass Appropriation Bill before parliament rises for Christmas — John Kumah assures
Double track pioneers excel with impressive WASSCE results — Dr Adutwum
E-levy is not by force; don't use MoMo if you can't pay – Carlos Ahenkorah
Ablakwa raises red flag over GH¢240M allocation for e-levy revenue assurance
I enjoy peace of mind, having control of myself outside parliament — Inusah Fuseini
Ayorkor Botchway defends usage of Ghana’s presidential jet by other presidents
Parliament adopt revisions to 2022 budget despite Minority rejection
Minority to reject government’s ‘modifications’ to 2022 budget
TOP STORIES