Legon To Eject All ‘Perchers’ 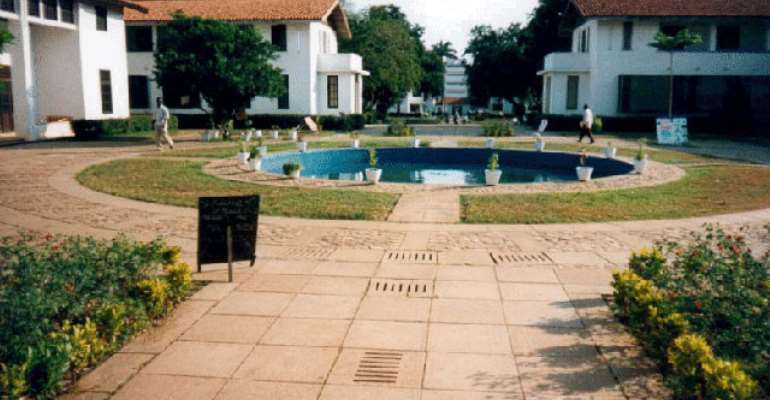 Authorities of the university of Ghana have decided to flush out all non-resident students who are occupying rooms on campus.

The resident board will meet tomorrow to discuss the immediate ejection of the student-squatters, popularly called 'perchers'.

The dean of students, Dr. Vladimir Antwi–Danso, said the action had been necessitated by the high utility bills incurred by the university as a result of the increasing number of students who used the facilities illegally, as well as some health problems.

“We are increasingly seeing health problem, apart from our bills going up. We fear that if one gets any disease, it can spread. We also foresee communicable diseases spreading”, he pointed out.

Some students have expressed disapproval about the intended action, saying that it's not feasible and will be an extremely difficult exercise to undertake.

Currently the student population at Legon is about 24,000, two-thirds of who have non-residential status.

However, a large number of the non-residential students have managed to secure rooms on campus as 'perchers'.

The rooms in the various halls of residence are, on the average, supposed to accommodate five students each, but enquiries indicated that most of the rooms were occupied by between eight and 10 students.

Dr. Antwi-Danso expressed concern about some criminal activities and other acts of lawlessness on campus involving students and people from outside the university community. He cited instances of rape, smoking and the existence of confident tricksters who prey on innocent victims.

The acting president of the students' representative council, Ms. Josephine Ashia, said officially, 'perching' was illegal but added that with the accommodation problem students face, nothing could be done about it. She explained that it was wrong but it will inhumane to eject the 'perchers' since some of them are from as far as the north of Ghana and have no accommodation.

On the issue of high utility bills, Ms. Ashia said there was a lot of waste on campus, which did not come from the 'perchers' and suggested that students should be sensitized to the need to reduce the waste.

Another student leader who pleaded anonymity, said a similar exercise had been planned in the past but it could not work, because had compassion and help their friends who had accommodation problems.

Dr. Antwi-Danso said there were moves by some private companies to put up hostel facilities on campus and appealed to others to also lend their support.