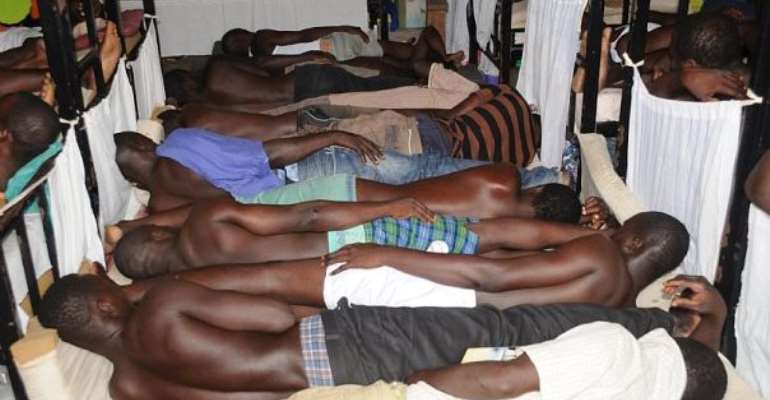 The second-in-Command of the Obuasi Local Prisons in the Ashanti Region, Assistant Superintendent of Prisons (ASP) Rose Yeboah, has made a passionate appeal to the general public to help stock the infirmary of the Prisons among other needs.

Speaking on Shaft FM 98.1 recently, ASP Rose Yeboah outlined some of the pressing needs of the inmates as lack of drugs, insufficient feeding grants and a water storage tank.

“With the help of the Obuasi Health Insurance office, all the inmates except some of the Remand inmates have been registered with the National Health Insurance Scheme; but we still need to get enough drugs incase there’s an emergency”, ASP Rose Yeboah explained.

Over Crowding
ASP Rose Yeboah outlining the challenges facing the Prison station mentioned Over Crowding as one of the heaviest burdens of the Local Prisons but later added that, the Ghana Prisons Service Council through the Project Efiase is working on that with the President to decongest various Prisons stations soon.

“The Obuasi Prisons was built to originally house 120 inmates but the current number of inmates in the station is 300, which is putting pressure on the meager logistics in there,

But whenever we can’t contain enough inmates, we transfer some of them to the Ahinsan Prisons”, she explained.

She debunked assertions that, Officers and Men of the Obuasi Prisons torture inmates

Assistant Superintendent of Prisons (ASP) Rose Yeboah ending her submission on the Morning show; debunked assertions that, Officers and Men of the Obuasi Prisons torture inmates.

She showed appreciation to all Religious sects, donors and individuals who pass by to support the inmates and Officers in kind and in cash.