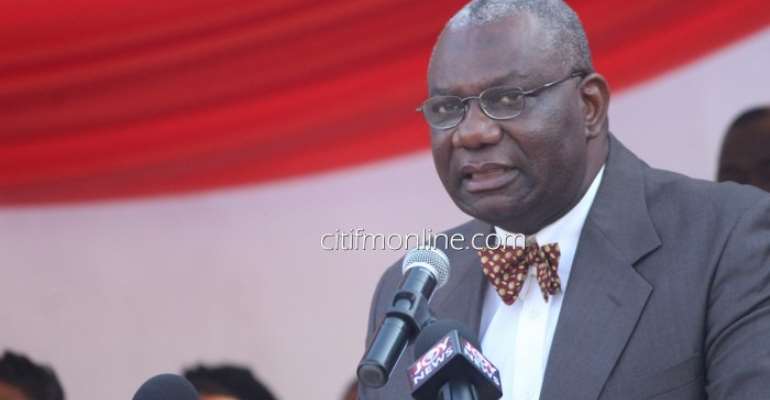 President John Dramani Mahama can never fight corruption even if he's forced to do so because he is compromised and does not have the willpower to do so, the New Patriotic Party (NPP), has said.

Speaking at the party's Headquarters today [Monday], in response to the NDC's manifesto launch, the party's Policy Adviser for the 2016 campaign team, Boakye Agyarko, said the President's involvement in some supposed corrupt deals as a person, makes it impossible for him to fight the canker head-on.

He mentioned among other things the number of corruption scandals that have been recorded under the Mahama regime, and the failure to prosecute officials involved.

He repeated the party's belief that the NDC administration is inflating the costs of several infrastructural projects, just for the purposes of enriching his appointees and their cronies.

“We will continue to remind Ghanaians that there is a huge gap, running into billions of dollars, between the funds that have come into the hands of the NDC and what they have delivered for country and people. Reports on the Audit Service's website (www.ghaudit/org) show that by 2014, under President Mahama, over GH¢5 billion of taxpayers' money spent could not be accounted for and nothing has been done by the Mahama Government to trace and retrieve these funds.”

“This does not include the hundreds of millions of dollars believed to have been lost through inflated contracts as the President has presided over the effective shredding of the Public Procurement Act, giving him and his people the free range to award contracts without the very transparency and accountability he is now promising to deliver if re-elected. Agoro b3 so a….”

“Ghana, as Nana Akufo-Addo, famously remarked, is not poor, but it is bad leadership that makes us poor. President John Mahama can never fight corruption even if he is forced to.”

He said Ghanaians have not benefited much from the huge resources, adding that the government's claim that it has embarked on several infrastructural projects, is not enough reason for Ghanaians to give President Mahama a second term.

According to Mr. Boakye Agyarko, these are fundamental projects every responsible government undertakes, saying Ghanaians should be worried about the mismanagement of the economy that has increased the country's public debt. 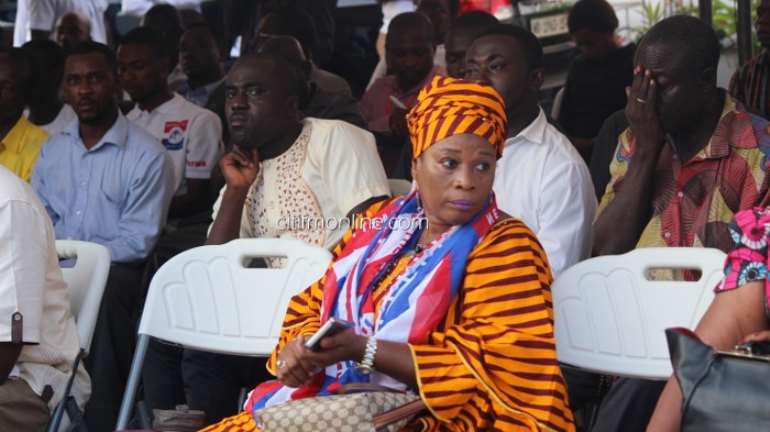 Participants at the news conference.
“How can Ghanaians expect a Vice President, John Mahama, who was investigated by his boss, President John Atta Mills, over allegations of corruption, be expected to have the moral authority and desire to fight corruption when he is now the boss? How can we expect a president who admits to accepting a $100,000 gift from a foreign contractor who was awarded a government contract through the efforts of the President, to have the courage and desire to stop his Ministers and other officials from dipping their hands into the state coffers?”

“How can we expect a president who has spent four years to protect his friends who were found to have allegedly stolen public funds through instruments such as GYEEDA and SADA to allow any case of corruption to be prosecuted? Let it be stressed, when it comes to corruption, President John Mahama sees no wrong, hears no wrong and speaks against no wrong. To him that is just the way it is.”

He said considering the wastage of public funds, there is no way the NDC can fulfill its numerous promises when given a second term. He said the NPP, with an incorruptible leader as Nana Addo, is the only alternative for Ghanaians.

“The Presidency is a vehicle for amassing wealth for family and friends rather than for looking after the welfare of the masses. We want Ghanaians to think about this: if this has been his attitude in his first full term as President, what then would his actions be if re-elected for his last and final term? ”

“What then would restrain President John Mahama and his family of corrupt cronies in his last term from pillaging the national coffers? We want to highlight this because it is scary. Let us not make any mistake about it. John Mahama for another four years, unchecked by the threat of losing another presidential election, is an exceptionally frightening prospect. Having poorly managed the economy and blatantly misused public funds, there is evidence that the NDC government would have no money to fund their new catalogue of promises.”