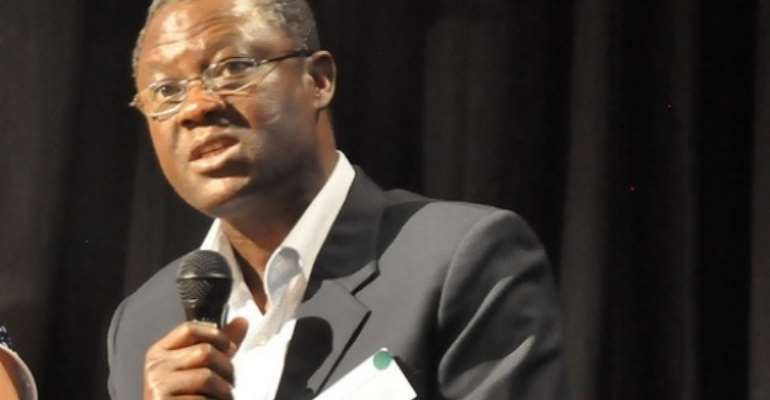 The Chief Executive Officer of the Savanna Accelerated Development Authority (SADA), Dr. Charles Abugre, has disclosed that, $700 million is required to complete the Pwalugu Multi-purpose Dam project in the Upper East Region.

Parliament in 2008 contracted a loan of $525 million from Brazil to construct the Pwalugu Multi-purpose dam and the Juala Dam in the Northern Region.

Although Ghana received the money in 2009, government abandoned the projects and diverted the funds for the construction of the Eastern corridor road.

Speaking at the 7th assembly meeting of the Bongo District Assembly on the prospects of SADA, Dr. Abugre said, SADA is working through the government of Ghana to raise the $700 million from the World Bank to execute the Pwalugu Multi-purpose dam project.

The project has a generation capacity of about 250 megawatts of electricity, to supply to people of the Upper East Region.

“The cost of the project is about $700 million and all the paper work was completed six months ago; but there is some contention around the environmental impact which we are trying to deal with. It requires government’s commitment to mobilize  the $700 million so what has SADA done?, we kept it in government priority agenda so we have pushed it on the World Bank and  it can only start next year,” Mr. Abugre said.

But Spokesperson for the Coalition of Civil Society Organizations in the SADA Zone, Bismark Adongo, described government’s diversion of funds meant for the Pwalugu Multi-purpose dam for the construction of the Eastern corridor road as unfair.

He said government must give back the diverted monies to SADA for the execution of the abandoned project to salvage the predicaments of the people.

“If the Pwalugu Multi-purpose dam project was executed in 2009, it would have addressed the issues of food insecurity, unemployment, poverty and provided cheaper electricity for the people in the region” Adongo stated.

Meanwhile, the Savannah Accelerated Development Authority (SADA), has re-introduced the a fforestation exercise  in the savannah ecological zone, as a means of promoting its agricultural-led transformation agenda.

The SADA afforestation project under the leadership of former SADA head, Gilbert Iddi, failed after some months, but the current head, Dr. Charles Abugre, has promised that the exercise will be sustained in the zone.